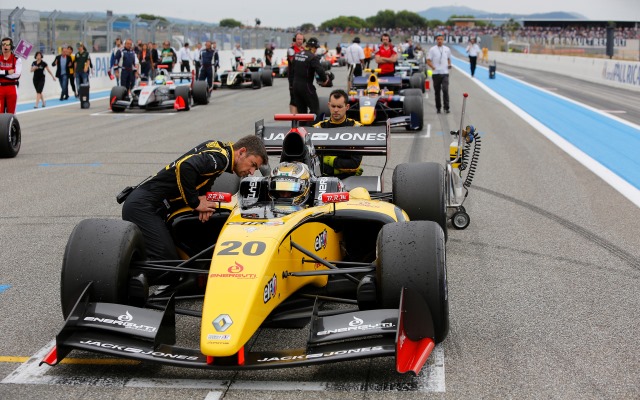 Formula Renault 3.5 points leader Kevin Magnussen has been stripped of his victory in race one at Paul Ricard after his DAMS car failed the post-race technical inspection.

Stewards found that Magnussen’s car did not conform to the technical regulations and have excluded him from the results. It took more than five hours after the chequered flag at the end of the race for the stewards to publish their decision. DAMS have the right to appeal the decision.

Magnussen had extended his advantage over Vandoorne to 46 points but it has now been cut to 18, meaning the title fight will continue onto the final weekend in Barcelona regardless of the result in race two. The victory had been Magnussen’s first since Spa at the beginning of June.

Felix da Costa and Vandoorne were both investigated for not slowing down under yellow flags, but both escaped with written reprimands. Felix da Costa said on Twitter that it was DAMS who complained about their rival pair to the stewards.

Rosenqvist closes in on the championship lead with race two victory