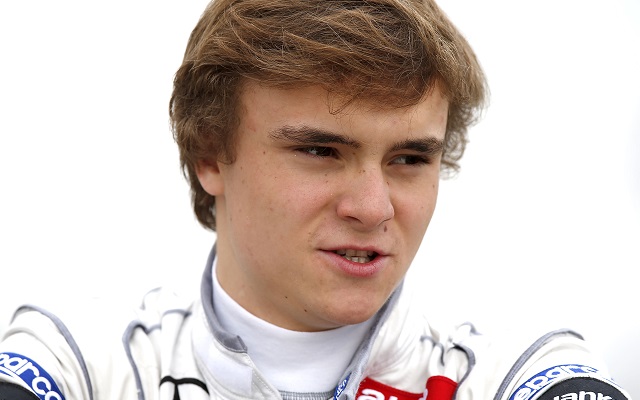 Austrian racer Lucas Auer will be making a surprise move to Mucke Motorsport for the 2014 FIA F3 European Championship season, the team have announced.

The 19-year-old finished fourth in his first year in European F3, as he raced with teams’ champions Prema Powerteam, taking nine podium finishes, among which was a first victory at Brands Hatch.

“I am looking forward to the collaboration with my new team”, stated Auer. “The racing stable of Peter Mucke has a long and successful tradition at the Formula 3. I am certain that I will be one of the front-runners again with the Mucke crew next year.”

Prior to his first year in FIA F3, Auer contested two seasons in other junior single-seater categories. In 2011, he became the JK Racing Asia series champion, while the following year he finished runner-up to Jimmy Eriksson in German F3.

Auer will most likely head Mucke’s title efforts in 2014, after the team narrowly missed out on the drivers’ honours with Felix Rosenqvist this year. The Swede took the orange car to ten victories and ultimately 32.5 points short of champion Raffaele Marciello.

“We are very happy to work with Lucas from now on. We have had an eye on him already since 2012, when he finished overall second at the ATS Formula 3 Cup, and we closely followed his performance this year as well. We worked long hours to get him in our team”, said team boss Peter Mucke. “Lucas fits well with our squad. He will continue to be successful at the European Championship with us. We have a great technical basis, which is what the vice-championship titles of the drivers’ and teams’ rankings in 2013 showed.”

Auer is the first driver to be announced by the German squad for 2014. Potential candidates for the other seats include ADAC Formel Masters graduates Alessio Picariello, Jason Kremer and Maximilian Gunther, as well as Roy Nissany, who contested FIA F3 with Mucke this year.