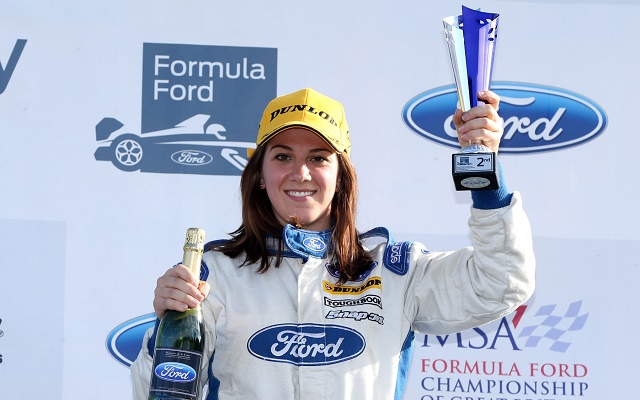 Richardson, 22, will take to the track with family-run outfit Richardson Racing as their sole representative.

“Having not been in a car since the final round of Formula Ford last year, I?m really looking forward to finally getting back on track,? Richardson said. ?I?m hopeful that we won?t be too far off the pace but we?ll just have to see where we are come Friday morning and take it one step at a time from there. Ideally I just want to secure three good finishes and have a solid base to build on for the next round.”

After finishing her karting career with a third place in Super 1 National championship Rotax Mini Max class, Richardson made her car debut in Ginetta Juniors in 2009 and made it to third in the standings in the subsequent sophomore season.

She racked up five wins in Ginetta GT50s between 2011 and 2013 before joining British Formula Ford last year. She became a regular presence on the Scholarship class podium, ending the season in fourth in class standings.

Richardson Racing’s second car will be empty at Brands, but the team are hopeful of signing a driver by round two at Donington.