The Lotus F1 Team has revealed a seven-man lineup for the latest incarnation of its young driver programme.

Rebranded to the Lotus F1 Junior Team from its 2012 name of the iRace Professional Programme, the 2013 roster features seven drivers aged between 22 and 14, racing in categories from Formula Renault 3.5 to KF karting.

Leading the squad is Marco Sorensen. The 22-year-old Dane will spend a second season with the Lotus-branded Charouz squad in FR3.5. He was signed up by the Gravity management firm before finishing sixth in FR3.5 last year, and is promoted into the F1 team’s scheme.

He has been joined in the FR3.5 team by 21-year-old Marlon Stockinger. The Filipino-Swiss driver has spent the past two years in GP3, failing to score points in 2011 before coming tenth overall last year with one win in the Monaco sprint race.

Another new recruit to the programme is Alex Fontana. The 20-year-old Swiss driver won the F3 Open title in 2011 before switching to Formula Two last year, finishing seventh in the standings after a disappointing campaign. After three promising appearances in GP3 over the past two years with Jenzer Motorsport, Fontana will now contest the F1 support series full-time with Jenzer, joining Patric Niederhauser and Samin Gomez.

Formula Renault 2.0 racers Oscar Tunjo and Esteban Ocon are retained in the programme. 17-year-old Colombian Tunjo will be embarking on his third season in the Eurocup, re-signing for double champions Josef Kaufmann Racing. He finished seventh in the standings in 2012, winning a race at the Barcelona finale driving for Tech 1.

16-year-old Frenchman Ocon will be contesting his second season in the category, switching from Koiranen to the ART Junior Team (formerly known as R-ace GP) after coming 14th in the standings last year.

The programme will have a third driver entered in the Eurocup after recruiting Alexander Albon. The 16-year-old British-born Thai started racing cars last year as part of the Red Bull Junior Team after a highly successful karting career but failed to score any points in the Eurocup with the EPIC team and was dropped by the energy drink. His 2013 team is to be confirmed.

Completing the lineup, as per last year, is French karting ace Dorian Boccolacci.

Left out of the scheme this are Kevin Korjus and Richie Stanaway, though both remain on the books at Gravity. Korjus has lost their financial support after a disappointing second season in FR3.5 last year and has now switched to GP3 with Koiranen. Stanaway has been out of action for most of the last year after sustaining a back injury at the Spa round, but is expected to make his return to racing in European F3.

“Lotus F1 Junior Team takes our previous i-Race Professional young driver academy and builds on it to be more closely aligned with the Formula 1 team and all the benefits brought by this association,” said Lotus F1 Team and Gravity chief Eric Boullier. “We have announced seven highly talented drivers, many of whom will be competing against their fellow team-mates from the programme.

“We?re offering an in-depth and highly beneficial training regime which should encourage these drivers to develop and perform at their very best. Motorsport can be very daunting for young drivers, particularly everything that occurs away from the track, so we hope to give our drivers the very best preparation possible for their future careers.” 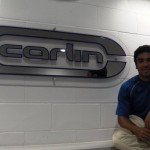 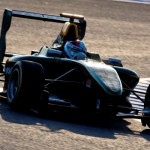