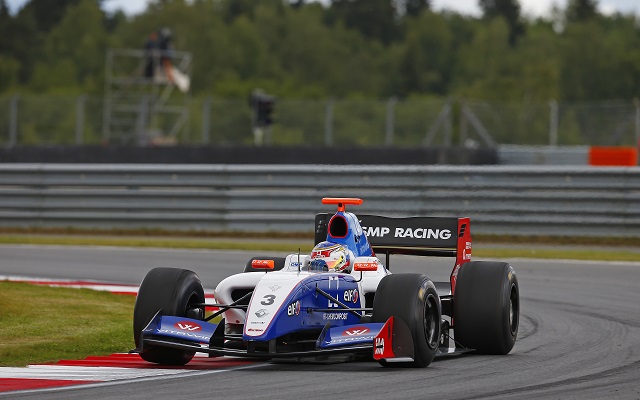 Sirotkin, who currently sits 12th in the standings after a rough start to the season, was two tenths clear of his rivals.

AVF’s Zoel Amberg led the field at the 30-minute session’s halfway point, but was dethroned by Sirotkin in the final six minutes. The Russian set a sub 1:21 lap with his first attempt on new tyres, which proved good enough for pole as the allotted time expired.

Red Bull junior Pierre Gasly will join Sirotkin on the front row, having managed to vault himself into second under the checkered flag.

Roberto Merhi qualified third, but will start seventh due to a four-place grid penalty. As such, Amberg inherited third place, while Draco’s Pietro Fantin is set to be promoted to the second row alongside him.

Oliver Rowland will start fifth, leading Jazeman Jaafar. Behind Merhi, Oscar Tunjo broke into the top ten in his third qualifying, while Will Stevens and Richie Stanaway made up the fifth row.

Teams’ championship leaders DAMS had a dreadful session, with points leader Carlos Sainz qualifying in 16th and his teammate Norman Nato – in 19th.