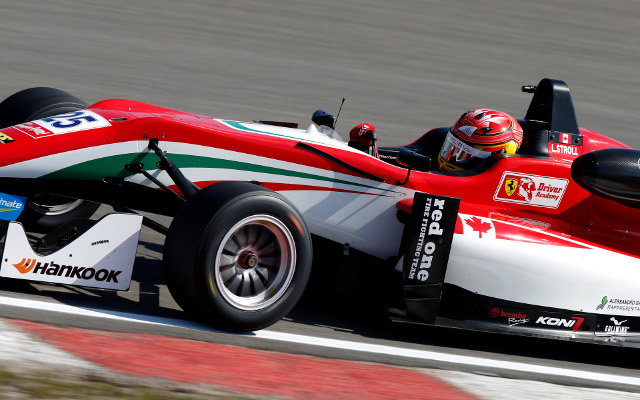 Lance Stroll will continue in the FIA Formula 3 European Championship with Prema Powerteam for a second season in 2016.

Stroll, part of the Ferrari Driver Academy, has been with Prema since 2014 when he won the Italian Formula 4 championship in his first year out of karts.

He added the Toyota Racing Series title at the start of 2015 but the rookie F3 campaign that followed was one of two halves.

Significant crashes at Monza and Spa led to a race ban, but he went on to score six podiums in the final four rounds including a maiden win at the Hockenheim finale.

That lifted the Canadian, who turned 17 last Thursday, to fifth in the final standings.

?I?m absolutely delighted to be racing with Prema Powerteam for a third consecutive year,? he said.

?I?m certain that Prema will give me the equipment and support for me to launch an attack on the 2016 FIA F3 European title which is my goal for next season.

?I honestly could not be any happier than continuing to work with Rene [Rosin] and his team again next year and I know we will be ultra-competitive.?

Prema has taken drivers to the European F3 title in each of the last five years, with Felix Rosenqvist the latest in 2015.

“It is an honour to have Lance with us again for the 2016 FIA F3 European Championship,? said Rosin.

?I am sure he has all what it takes to deliver more brilliant results and fight for the overall crown.?

The Italian squad has tested a number of new drivers in its cars in recent weeks, including rookies Ben Barnicoat from Formula Renault 2.0 and Ralf Aron and Guan Yu Zhou, the team?s top two in Italian F4.