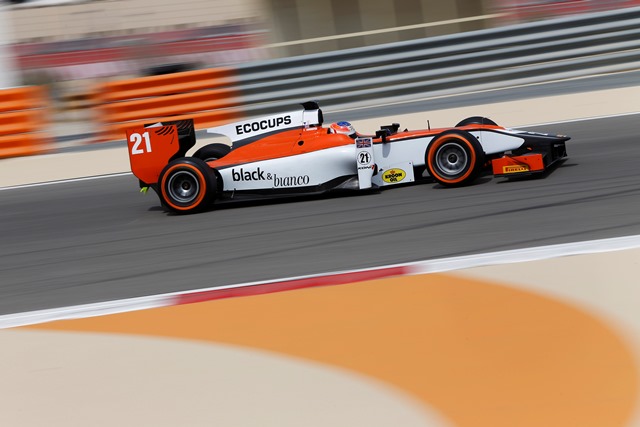 GP2 organisers have confirmed the drivers that have filled the final seats on the grid for this weekend’s opening round in Bahrain, with Jon Lancaster and Conor Daly securing places with MP Motorsport and Lazarus respectively.

The pair both spent all six days of pre-season testing with their new teams. British racer Lancaster – who won sprint races at Silverstone and the Nurburgring with Hilmer Motorsport in 2013 – joins team mainstay Daniel De Jong at MP, having topped the timesheets on the final day of both the tests in Abu Dhabi and Bahrain respectively.

Daly originally made his GP2 debut at the 2013 season opener in Malaysia, scoring a seventh-place finish for Hilmer, before returning for a third consecutive season in GP3 where he went on to finish third in the standings. He pairs up with Frenchman Nathanael Berthon at Lazarus.

Axcil Jefferies is the other driver to have secured a late deal for Bahrain, announcing earlier this week that he would race for Trident in the opening weekend alongside Johnny Cecotto.