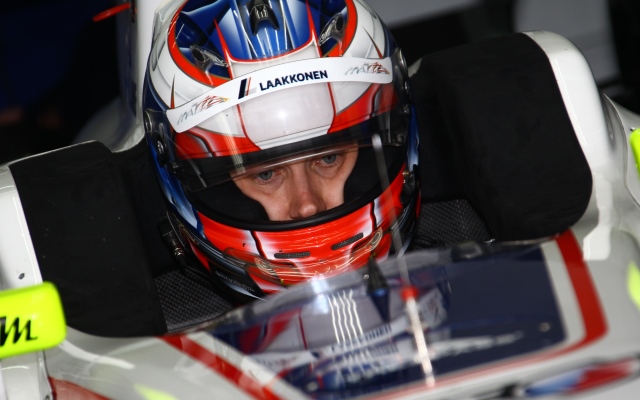 Finnish racer Matias Laine will stay in Formula Renault 3.5 for a second year, continuing his partnership with Strakka Racing.

The news confirms that Strakka – who purchased the P1 operation last year – will be retaining their full 2013 line-up, with Caterham junior Will Stevens also staying on with the squad.

Laine, 23, scored nine points in his rookie season in 3.5, with a best finish of seventh. Prior to that, he raced in Formula Renault UK, the F3 Euro Series and GP3.

His most successful season came in 2012, when he took fifth in his sophomore GP3 year, having also picked up a maiden victory in the series.

“I?m excited about the season ahead,” said Laine. “I learnt so much last year with Strakka Racing and I think another year with the team will help me put the knowledge and experience I have gained in 2013 to my advantage in 2014.”

Team manager Mike Henderson said: “It?s fantastic that both Will and Matias will continue to work with Strakka for the season ahead, having already established great relationships with the whole team.

“I think the combination of an unchanged driver line-up and a fast car puts us in an promising position to challenge both the drivers and teams championship.”

Blomqvist confirmed alongside Giovinazzi and Gelael at Carlin