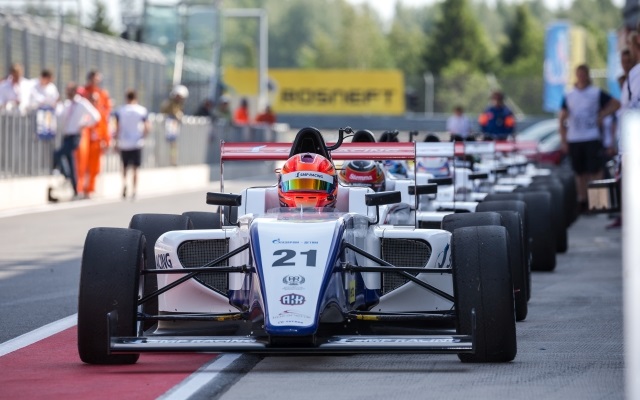 Having finished runner-up in the first two races of the SMP F4 weekend at Sochi, Alexey Korneev?finally won in his third attempt.

Lining up fourth, Korneev quickly gained two positions at the start as pole-sitter Niko Kari and third-placed Vladimir Atoev stalled on the grid, allowing Nikita Troitskiy to move into the lead.

Just after the lights were out, Niclas Nylund made contact with compatriot Aleksanteri Huovinen which sent the latter right into another Finn Simo Laaksonen‘s car. Laaksonen retired then and there with a broken suspension.

As a result, the safety car visited the track and the first seven minutes were run in formation.

Troitskiy maintained first after the restart but Korneev soon closed the gap on him and managed to claim the lead.

The leading duo then cruised to the finish line, while Nerses Isaakyan completed an all-Russian podium.

Kari, sitting 13th after the restart, completed an impressive recovery race to secure fourth and, as such, increased his championship lead.

Ivan Matveev and Nylund were fifth and sixth respectively, followed by Nikita Sitnikov.

Atoev kept up with early on Kari but lost momentum during the closing stages to finish eighth.

Enaam Ahmed ended up ninth, despite running third during the first few laps, while Denis Mavlanov completed the top ten.