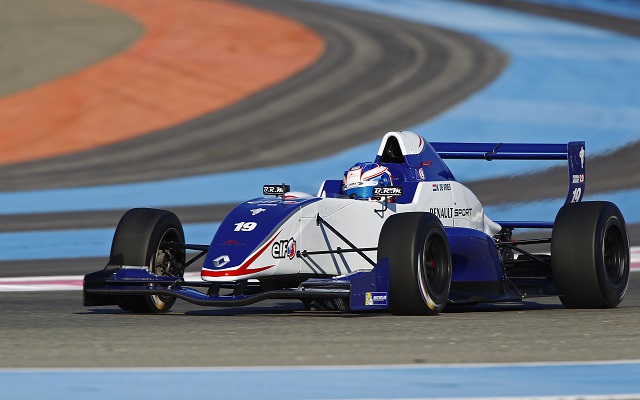 19-year-old Nyck de Vries has been confirmed by Koiranen GP for a third consecutive campaign in the Eurocup Formula Renault 2.0.

De Vries, who is supported by Formula One team McLaren, will race for the Finnish squad for the second year in a row, combining his Eurocup duties with a full campaign in the Formula Renault 2.0 Alps championship.

The Dutch racer started his single-seater career in 2012 after a very strong few years in karts, which included several CIK-FIA karting titles as well as a number of successes on the German karting scene.

De Vries took second in his maiden race in the Eurocup Formula Renault 2.0 and would finish a spectacular fifth overall in his rookie season with R-Ace GP.

His sophomore Eurocup campaign got off to a rocky start following his switch to Koiranen, with the first four race weekends yielding a best finish of only seventh. However, the last three rounds saw a huge improvement in form, as de Vries finished five out of six races on the podium, winning twice, and climbed his way up to fifth in the standings.

“It is probably one of my last chances to combine a double programme, so I would like to make the most out of this opportunity”, admitted de Vries. “Of course, my goal is to fight for both championships, however, I think we shouldn’t underestimated our opponents.”

De Vries is the second addition to Koiranen GP’s Formula Renault lineup, with the Dutchman joining fellow Eurocup race winner Ignazio D’Agosto, who will also stay on in the series for a third consecutive campaign.

“We are very pleased McLaren and Nyck trusted us for another season”, added team boss Afa Heikkinen. “We target the highest step of the podium for this year and we are sure that our team will be strong enough to reach it”.

The class of 2014: Seven karting graduates to watch this year