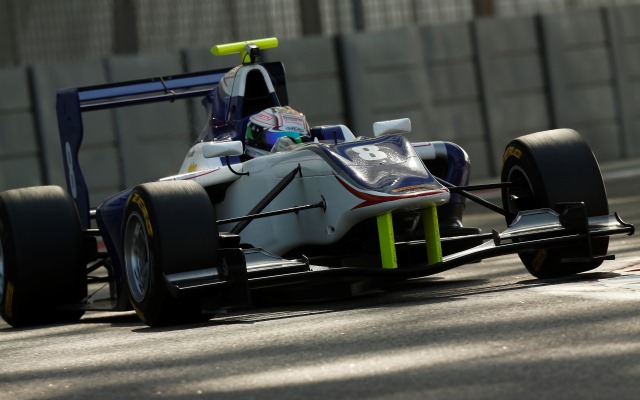 Koiranen GP have confirmed all three drivers of their GP3 branch for the 2015 season.

The Finnish-run squad will sign British rookie Matt Parry and Hong Kong’s GP3 regular Adderly Fong alongside the retained Jimmy Eriksson, who won two races for the team in 2014.

Champion in the Formula BMW-based Intersteps series in 2012 and then winner of the Formula Renault 2.0 NEC in his first season in Europe, the Cardiff-born racer then competed in the FR2.0 Eurocup last year, finishing 11th in the standings.

Parry raced with the backing of Tony Fernandes’ Caterham Formula 1 team from his first season of single-seaters in Formula Ford GB in 2011 until the end of last year.

He drove the GP3 car for the first time in the post-season test in Abu Dhabi last November, spending two days with Status Grand Prix before switching to Koiranen for the final day.

“I?m delighted to finally be part of the Koiranen team,” Parry said. “It?s been a difficult decision which series to compete in in 2015. Initially I felt the need to ?make good? a disappointing 2014 season in Renault 2.0 Eurocup but a late opportunity arose to challenge for the GP3 Series and all the advice was to move on to the next level.”

“I?m at my fittest ever and completely prepared to take on the challenge. I?ve worked with Afa and his team before and there was an immediate rapport which I?m certain we can replicate and make a positive bid for this championship.”

Fong, 25, has been in junior single-seaters since 2006, racing in German F3, British F3 and GP3. He’s spent two incomplete years in the latter and has a best finish of ninth to his name.

He found success outside of open-wheelers, finishing runner-up in the Chinese Audi R8 LMPS Cup in 2012 and winning it the next time around.

He tested Sauber’s 2012 F1 car in a private run at Valencia last year.

“I’m very happy that I will be racing in the GP3 Series alongside F1 again,” Fong said. “Very delighted I will be with Koiranen GP as I know they are competitive. It is also my first time competing in the full championship, so I’m looking to positive results and securing as many points as I can!”

Eriksson, 23, moved up to GP3 in 2013 after a long-running partnership with Motopark culminated in a German F3 drivers’ title.

He scored no points in a troubled debut season in the category with Status and was set to move to the Motopark-run Russian Time squad before the German team left the project.

Picked up by Koiranen instead, he won feature races at Silverstone and Monza to finish fourth in the standings.

“I’m really looking forward to continue with Koiranen GP in GP3,” the Swede said. “We showed already last year what we are capable of and I have no doubt that we will be fighting for podiums and victories this year.”

Koiranen are the first team to announce a complete lineup for GP3’s 2015 season. Their two seasons in the series so far have seen them finish third and fourth in the teams’ standings, with Aaro Vainio, Dean Stoneman and Eriksson claiming a total of six victories.