Kodric gets pole for Alps finale, Aitken ahead of Hughes 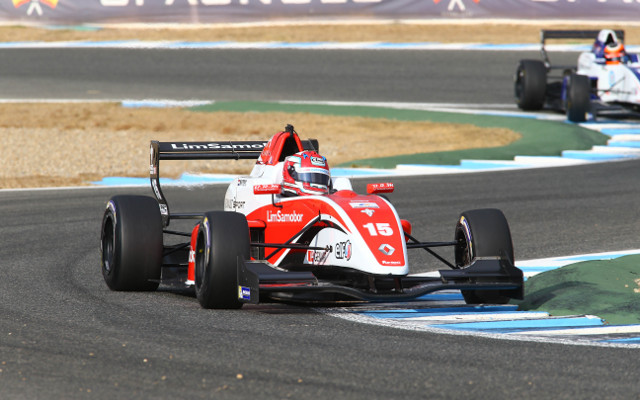 Martin Kodric claimed pole position for the final race of the Formula Renault 2.0 Alps season as title contenders Jack Aitken and Jake Hughes languished down the order but the former crucially ahead.

Hughes, who leads Aitken by five points, ended up 19th with his team-mate also down the order in 10th.

But with the top 10 filled mostly by wildcard drivers ineligible to score points, if positions remained the same in the race, Aitken would be on course for 15 points as the third highest Alps driver while Hughes would only get two for ninth place.

Kodric, chasing his first win FR2.0, was over half a second quicker than Matevos Isaakyan, whose title chances ended in a collision in race one that also earned him a four-place grid penalty for race two.

Simon Gachet was seventh ahead of the SMP F4 graduate pairing of Alexey Korneev and Nikita Troitskiy.

Should Aitken remain third of the Alps points-scorers in the race – and he would need to catch Isaakyan or Vivacqua to improve upon that – Hughes must climb from ninth place to fourth among the eligible pack to win the title.