After racing in Formula Ford in New Zealand and Australia, Stanaway made the move to Europe towards the end of 2009, racing in the ADAC Formel Masters series in Germany. In six races he scored a pole position and two podiums, enough to put him eighth in the final standings. He decided to commit to a full season in the series in 2010. In the 21 race season he won 12 of the first 18 races and finished on the podium in five of the other six to win the title with a meeting to spare.

Over the winter he was raced in the Formula Renault UK Winter Series, and was also picked up by the Gravity Sport Management firm headed by Eric Boullier and linked to the Renault F1 team. His success in the ADAC Formel Masters series, where the cars are all powered by Volkswagen engines, saw him receive support from the German manufacturer. On top of this he was also selected as one of 12 drivers to be part of the FIA Institute Young Driver Academy which is overseen by Alex Wurz.

Racing in the German Formula 3 Cup in 2011, Stanaway won the opening two rounds of the season at Oschersleben last weekend.

Talent rating: His talent has clearly impressed Gravity, Volkswagen and the FIA Institute and his results since he moved to Europe speak for themselves. Could still do with proving himself in a more competitive category of racing though. 7/10

Chances of getting to F1: With the support of Gravity he will be able to move up the ranks with ease, and should his current form continue as he climbs the ladder then there’s no reason why we won’t see him in F1. 7/10 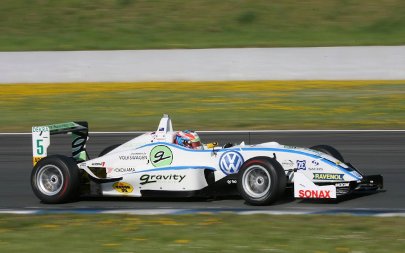