Kimiya Sato to race for Campos in GP2 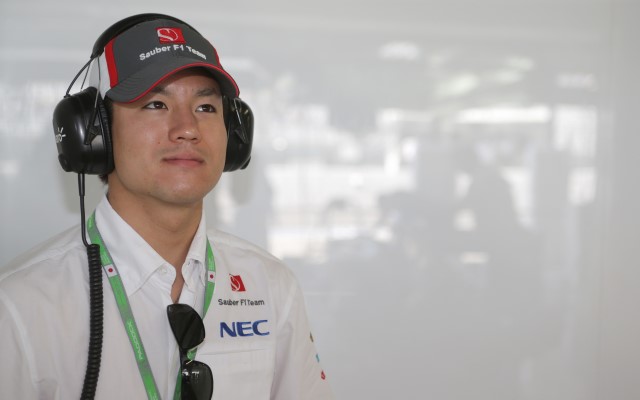 Japanese driver Kimiya Sato will drive for Campos Racing in GP2 this year.

Sato finished second in Auto GP last year, claiming five races wins during the season. He previously spent four years in F3 in Japan and Europe, winning a race in the Euro Series in 2011 and finishing third in the German category in 2012.

Managed by ex-Formula 1 backmarker Taki Inoue, the 24-year-old tested for Sauber at Silverstone last year and acted as reserve driver at his home race at Suzuka.

“I?m very happy to be joining Campos Racing and to be entering the GP2 championship with them this season,” he said.

“GP2 was always the logical next step for me after finishing second in the Auto GP championship last year and I am very pleased that we have been able to reach an agreement with a top team like Campos. They have a successful history in GP2 and the team is very professional and experienced and I know that they will give me the support I need to make a good impression this year.

“I?m really looking forward to working with Adrian and his team ? already we have a very good feeling and I think it really helps to have a team boss who has been a successful driver himself and can better understand things from the drivers? point of view. Right now I am training hard and really looking forward to visit its headquarters in Alzira, on Tuesday, and start our work plan before leaving to Abu Dhabi.”

Sato joins fellow rookie and Formula Renault 3.5 convert Arthur Pic at Campos for the team’s return to GP2 after five years away.

“I am delighted to have Kimya with us this season,” said team boss Adrian Campos. “I do believe he will make a leap forward, despite having an excellent record in previous categories.

“Without any shadow of a doubt we will do a great job with him. We shall give the maximum support to Kimiya, to get the targets which we all set out. I would like to thank Taki Inoue and Vincenzo Sospiri [team boss of Euronova, who ran Sato in Auto GP] for the faith placed in us. I have known them for years, and they are experienced people. Campos Racing will honour the confidence vested in us.?

Sato is the second Japanese driver to join GP2 for 2014, after Honda-backed Takuya Izawa signed with ART. He will make his debut in a GP2 car at the first pre-season test in Abu Dhabi on 11-13 March.