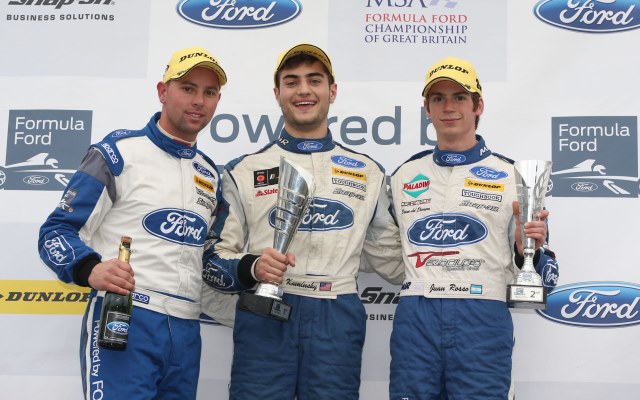 Camren Kaminsky claimed the spoils in a dramatic first Formula Ford GB race of the season minus dominant champion Dan Cammish at Silverstone.

Sam Brabham took the lead at the start of the race past pole-sitter and Cammish’s replacement Max Marshall. Brabham led until lap 14 when contact was made with Juan Rosso as the Argentine attempted to pass for the lead at Copse.

While Rosso inherited the lead, Kaminsky benefited from the incident ahead to jump from sixth to second and then pounced on the leader a few laps later.

Rosso finished second ahead of two of those held up in his clash with Brabham – Jayde Kruger and Marshall. Andy Chang took fifth ahead of Brabham, James Abbott and Harrison Scott, who spun in avoidance of the lead tangle.

Rump does the double at Nurburgring

Magnussen marches on with Sunday pole at Paul Ricard