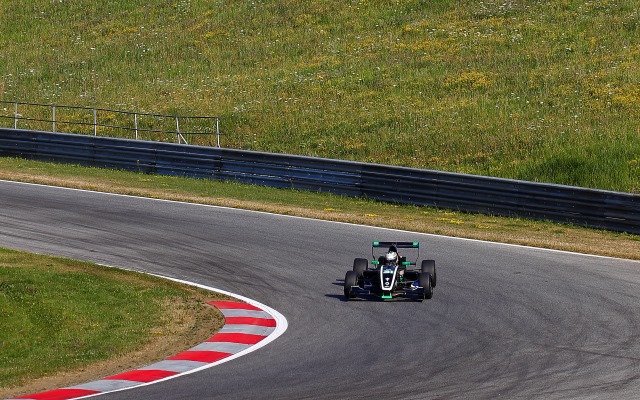 An all too eager get away from Alexander Albon handed KTR team-mate Ignazio D?Agosto maximum points and a maiden series win at Spielberg.

Despite a lights to flag drive, Albon?s eventual lead of 4.986 seconds was not enough to achieve a first triumph of his own after receiving a ten-second penalty from the stewards for a jump start.

D?Agosto benefited from the error but the Italian worked hard for the win, passing William Vermont then holding off the ARTA driver.

Albon looked comfortable all race and as the news came of the time penalty he worked hard to achieve as greater gap as possible, pulling ahead by more than five seconds before an error saw him go wide late on.

Vermont finished in second, less than one second behind D?Agosto with Fortec?s Ed Jones ending up on the podium.

Pierre Gasly added more points to his championship assault in seventh while Oscar Tunjo claimed eighth ahead of Jack Aitken, with Albon?s punishment leaving him slotted in tenth.

The British-born Thai driver clearly had the pace, but was made to pay for a nervous start from pole.