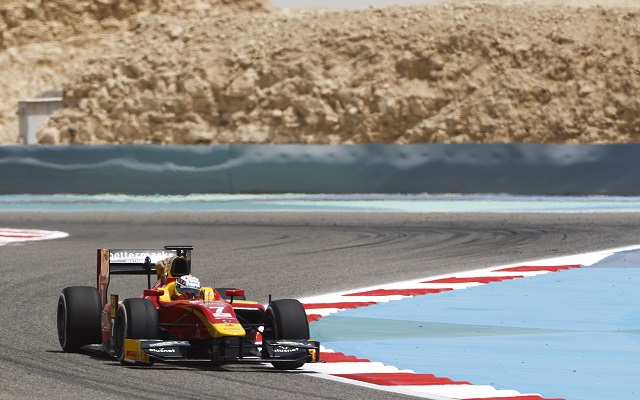 GP2 debutant Jordan King posted the fastest time in free practice at the opening round of 2015 in Bahrain.

The most notable moment of the session though was title favourite Stoffel Vandoorne stopping at the side of the track in his ART car with just over five minutes remaining. The Belgian will be hoping the problem is resolved in time to go for a fifth consecutive pole position in qualifying later on Friday.

The quickest times were set relatively early in the session before drivers switched focus to longer runs.

King led a Racing Engineering one-two, exactly one hundredth of a second ahead of team-mate Alexander Rossi.

GP3 champion Alex Lynn was third fastest for DAMS ahead of Vandoorne.

At the end of the session, GP2 conducted a test of the virtual safety car initiative for the first time.