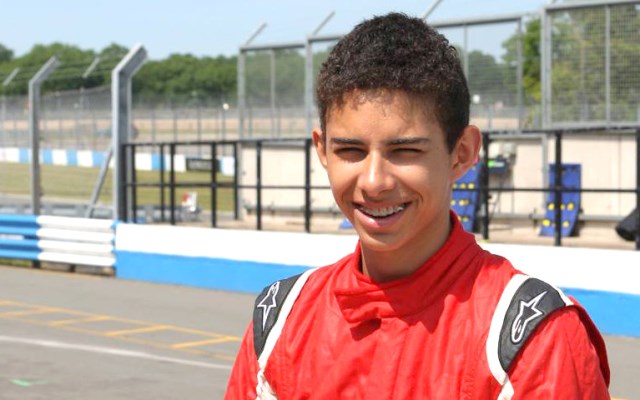 Jordan Albert will compete in the BRDC F4 Championship this season together with the Team O’BR operation.

The 17-year-old Silverstone resident contested selected rounds of the Formula Ford 1600 series in 2013, claiming a best finish of seventh at Brands Hatch in August, and was a finalist in the Formula Ford Festival.

He will now step up to BRDC F4 with the team established by Eugene O’Brien, a former British Touring Car Championship driver and Le Mans class podium finisher who has since become a leading driver coach.

“I am very excited to be competing in the 2014 BRDC F4 championship with Team O’BR,? said Albert. “It will be my first full season in cars so it will be a steep learning curve for me but having followed the championship closely last year, I was encouraged to see that drivers new to cars were able to get on the pace very quickly and take strong results.

?I have been working with Team O’BR for a year now and I have created a very good relationship with them and my driver coach Eugene O’Brien has helped me improve my driving skills in many different cars. 2014 is going to be a very competitive year and I cannot wait until the first race at Silverstone.?

O?Brien added: ?Jordan came to me 12 months ago through Neil Riddiford of iZone [the driver coaching setup], who spoke very highly of him.?I was immediately impressed with his raw ability, which belied his very limited karting background.?His attitude and rate of development have been outstanding.

“Clearly moving?up to the F4 championship is a big step for Jordan, as well as for Team O?BR. We?ll be up against some excellent teams and drivers in 2014 but one of the key?benefits of the F4 series?is that it?s a controlled budget and a level playing field, creating the perfect environment for a driver to prove how good he really is.”