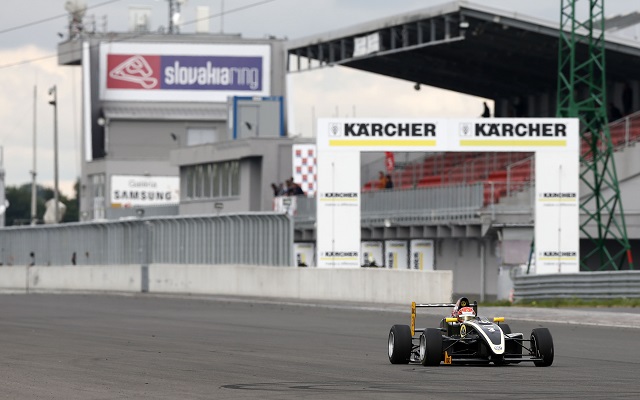 The 15-year-old rookie enjoyed an illustrious karting career at the state level, taking the title in the Swedish National Championship in the Formula Yamaha class in 2011 and winning the Gothenburg Grand Prix in 2012.

Eriksson joins Motopark on the heels of a difficult ADAC Formel Masters campaign for the Oschersleben-based squad, which took fourth in the teams standings and only had three wins – two from Indy Dontje and one from Beitske Visser. Prior to that, Motopark locked out the team championship for two consecutive years, while Marvin Kirchhofer took the driver’s title in to 2012.

The Swede is the first driver to be announced for the 2014 ADAC Formel Masters season. His older brother, Jimmy Eriksson, also unveiled his plans today, confirming a second year in GP3 with Motopark-run squad Russian Time.

Owens stays on with Mark Burdett for second NEC year