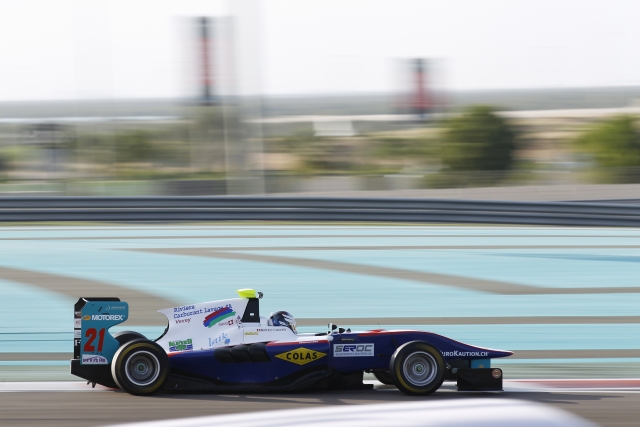 Matheo Tuscher, 18, will stay with the team for a sophomore season. The Swiss youngster started his career in sensational form, taking the 2011 Formula Pilota China title and then finishing as runner-up in the 2012 Formula 2 championship at the age of only 15.

Despite that success, he spent the 2013 season away from racing before returning for a full-time GP3 campaign with Jenzer the following year.

Tuscher showed his talent immediately with a second place in the first round and although he showed good pace on other occasions too, he failed to repeat it over the rest of the season. As a result, he finished the season in 12th.

17-year-old Ralph Boschung will join compatriot Tuscher in the team to spend his rookie season in the series.

Boschung’s single-seater career started in Formula BMW Talent Cup in 2012 where he sealed a victory in the finale. He then graduated to ADAC Formel Masters in which he finished seventh with six podiums and one race win.

In 2014, he stayed in the series for a sophomore campaign, however, he was unable to challenge for the title and he ended up seventh once again. He enjoyed an encouraging GP3 test debut with Jenzer in Abu Dhabi last November.

“Both Matheo and Ralph are great drivers and I am confident both of them will be able to deliver great results.”, said Andreas Jenzer. “We are very motivated and will give our best to have a season full of success.”

Ellinas beats Rowland to lead day one at Jerez