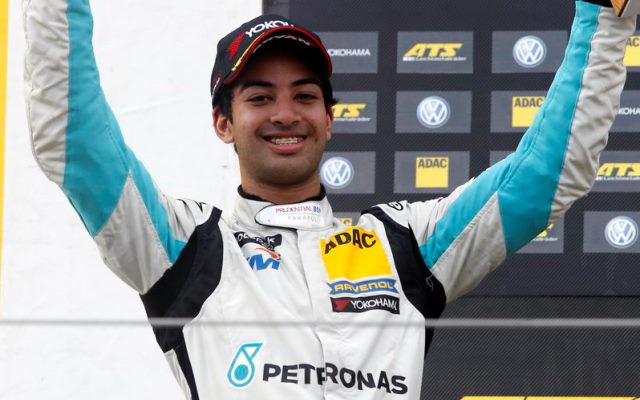 Nabil Jeffri converted his pole position to pick up his second victory of the German F3 season at Hockenheim this afternoon.

The Malaysian was under pressure the entire race from Motopark teammate and championship leader Markus Pommer, but kept his cool to pick up the win.

Pommer would finish second with teammate Indy Dontje capping off the podium, the fifth Motopark podium lockout of the season.

Weiron Tan was the best-placed non-Motopark driver in fourth ahead of American Santino Ferrucci.

Britons Dino Zamparelli and Sam MacLeod enjoyed a brilliant battle with the GP3 man getting the better of MacLeod for sixth.

Nicolai Sylvest finished eighth, and will start from pole position for the second race, ahead of Nikita Zlobin. Rounding out the finishers in tenth was Maximilian Hackl.