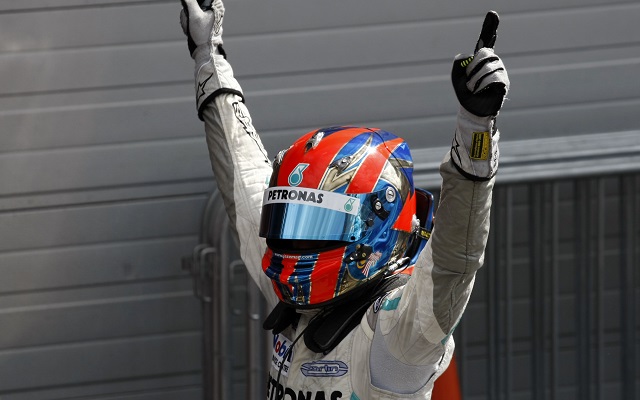 Malaysian racer Jazeman Jaafar will spend another year in the Formula Renault 3.5 championship, having announced a deal to race with Czech squad ISR in 2014.

Jaafar, 21, contested his rookie season in 3.5 last year with Carlin and took 17th in the standings, taking a maiden series podium at the famous Monaco venue. He ran with ISR, Lotus and Tech 1 during the post-season test at Aragon.

He has been largely inseparable from the British squad for much of his prior career in the European single-seater scene, contesting three full years of British F3 with them with a best result of runner-up in the 2012 standings. His other accolades include a Formula BMW Asia title and a best finish of sixth in the Macau Grand Prix.

Last year, Jaafar also had his first taste of F1 machinery, with two outings at Silverstone and one demo run in Kuala Lumpur – all with Mercedes.

“I really enjoyed my test with ISR last year”, stated Jaafar. “I quickly gelled with the team, felt comfortable in the car and had a very productive day. Since then, we?ve had a number of meetings and developed a clear strategy for the year ahead, so I?m very excited for the 2014 season.”

Czech squad ISR took eighth in the 2013 FR3.5 teams’ standings, picking up three podium finishes along the way – two by Sauber F1 tester Sergey Sirotkin (who will switch to Fortec for the coming year) and one by Christopher Zanella.

“We?re very pleased to welcome Jazeman to ISR for this season and look forward to a very successful championship together”, said Igor Salaquarda. “Jazeman quickly made a very good impression with everyone at the team at last year?s test, with his positive attitude, great work ethic and a steely determination, and we saw just how quick he can be as well.”