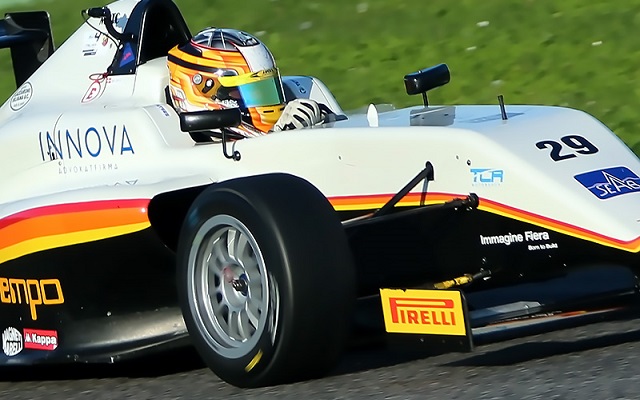 Formula Ford Denmark runner-up Jan Jonck will graduate to ADAC F4, sticking with the team he was part of last year, RS Competition.

He will be joined by German driver Glenn Rupp at the team run by Danish-German Robert Schlunssen, who was runner-up in the 2003 Eurocup Formula Renault 2.0.

16-year-old Dane Jonck spent his debut season in single-seaters last year and he impressively finished his maiden campaign in second, collecting seven victories and 15 podiums on the way.

He participated in the Italian F4 Adrian Winter Trophy event at the end of last year, where he collected a fourth and a sixth place.

“It will be a crazy season,” said Jonck. “I am excited to race in circuits such as Hockenheim, Nurburgring, Red Bull Ring or Spa. These all are famous European tracks which offer something totally different than the Danish circuits I’m used to run on.

“When it comes to top speed, the F4 car is not much faster than the Formula Ford machinery. Because of the wings however, it goes somewhat faster through the corners and the turbo engine will also be a challenge for me.

“Primarily, 2015 will be a learning year for me. I am a competitive person so winning is clearly something I aim for every time but the main focus will be on development and learning. Formula 4 is a new challenge for the whole team, which means we will have to learn and improve together.”

Rupp steps up from karting, where he finished second last year in the German Rotax Senior class.

“I think a lot of my drivers,” said Schlunssen. “Although both are young, they have shown me that they have what it takes, both through their performance over the past year and during the tests which we have implemented in Formula 4 races.”

Pulcini and DAV Racing to continue together in Euroformula Open