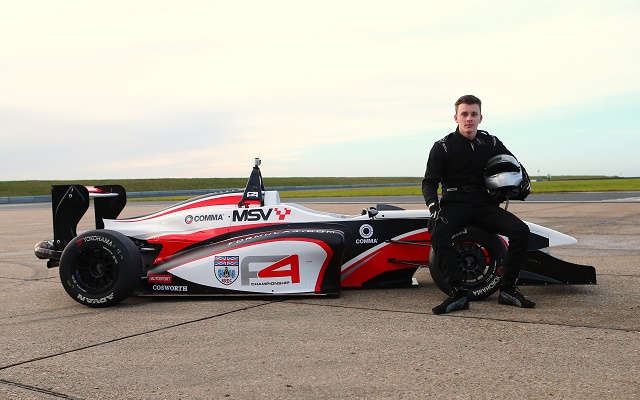 Lang, 18, will race under the banners of family-run squad Lang Sport.

The Thetford racer finished 12th in the 2011 edition of Formula Kartstars Minimax, before moving on to SuperOne’s Rotax Junior Max class the year after that.

He switched to Formula Jedi in 2013, finishing third in his rookie year before claiming the title on his second attempt in 2014.

“I am thrilled to be joining the BRDC F4 Championship for 2015,” claimed Lang. “I know it?s going to be a steep learning curve but after sealing the Formula Jedi crown last season, I?m confident we can pick up some good results.”

“We?re only a small team but with the very reasonable budget requirements for BRDC F4, I?m sure we will be competitive. I?ve already tested the car and I absolutely loved it so I can?t wait to get the season underway.”