Jack Aitken moves into GP3 with Arden for 2016 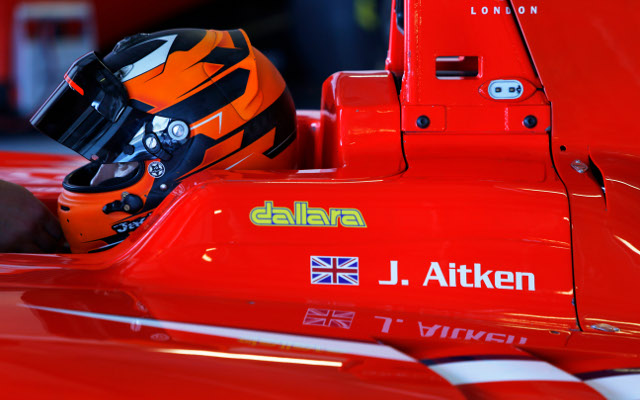 Double Formula Renault champion Jack Aitken will compete in GP3 this season for the Arden team.

In GP3 he ran with his FR2.0 squad Koiranen as well as Arden and Status, which was working with new entrant DAMS to evaluate drivers. He set the pace in the afternoon session on the day he was with Arden.

Having also tested with Arden in FV8 3.5 (in addition to Fortec and Strakka), he has now signed with the squad to compete in GP3.

He will be the first Eurocup FR2.0 champion not to graduate to the 3.5-litre series since 2008 winner Valtteri Bottas moved into Formula 3 for the following season.

Renault previously awarded a large scholarship fund for Eurocup champions to step up to the 3.5-litre cars, but the French firm’s withdrawal from the larger series has led to changes in the prize structure.

?We first worked with Jack in 2013 in the young driver test in FR3.5, he was already impressive then and now he has finished his studies and had the chance to fully focus on the racing in 2015, the performance from him has been outstanding in what was a very competitive year in FR2.0,” said Arden general manager Julian Rouse.

“We had a very good test in Abu Dhabi as well at the end of the year, it showed Jack is clearly ready to challenge for race wins in his rookie season in GP3 so we are really looking forward to continuing our success with him.?

Aitken added: ?After working together once back in 2013, and having become close to all the guys here during the early years of my career, I?m extremely excited to be racing with Arden this year in GP3.

“Having come off the back of a championship-winning year in a very competitive series, I?m keen to not rest on our laurels and take the fight to the next level in GP3.”

Aitken teams up with fellow Briton Jake Dennis in the Arden GP3 line-up for 2016.

Max Fewtrell and Carlin will join forces in MSA Formula