iSport to run Russian Time, Evans and Markelov to drive 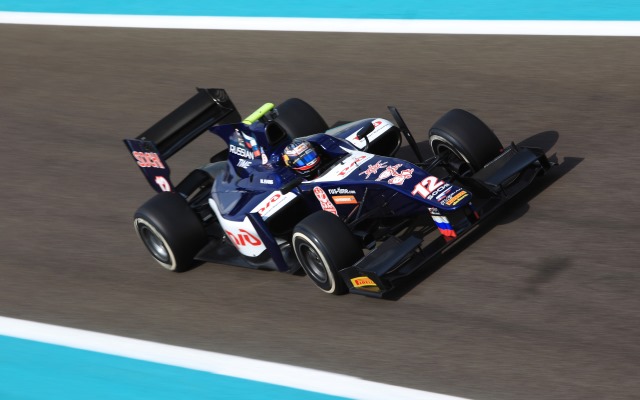 iSport International will take over the running of the Russian Time GP2 team, with Mitch Evans and Artem Markelov signed as drivers.

iSport take over the void left by Motopark Academy, who announced on Monday that they had split from Russian Time, who they had helped to the teams’ title at the first attempt in 2013.

iSport competed in GP2 from 2005 until the end of 2012, after which they sold their entry to Russian Time after struggling to find drivers with the necessary budget.

2012 GP3 champion Evans makes the switch from Arden, for whom he finished 14th in his rookie season. The Kiwi claimed a podium finish on his debut weekend in Malaysia, and then two more in Monaco and one in Hungary. He tested for Russian Time in Abu Dhabi last November.

Markelov steps up to GP2 from German F3, where he has competed for the past two seasons, finishing runner-up last year and claiming four wins over the two seasons.

He has driven for Motopark for all three years of his single-seater career and was managed by Igor Mazepa, the founder Russian Time who passed away earlier this month. Markelov’s father has reported to be one of the financiers of the Russian Time setup. 19-years-old, he also tested for the squad in November.

iSvetlana?Strelnikova, formerly head of the abortive Russian A1 Grand Prix team, has been named as team principal. iSport boss Paul Jackson takes up the role of team manager, with his partners Gavin Jones and Richard Selwin returning as engineers.

It’s good that the situation regarding Russian Time has been fixed so quickly, and the solution is much better than I had initially feared when Motopark broke news of their split.

It was a shame that the partnership with Motopark turned sour after the success of 2013. But iSport are a very capable replacement, and it’s good to have them back in GP2 after the financial situation forced them away 12 months ago. Given the relative last-minute nature of this, it’s fortunate that as capable an outfit as iSport were available to come in and pick up the pieces.

On the driver front, things are not too bad. It had long been expected that Markelov would be making the jump up. While he is a talented driver, it is a little bit early for such a large step and the new GP3 team looked purpose-made for him. He didn’t do anything during his test in November to suggest he will make an immediate impact, but can treat 2014 as a learning year and has the ability to feature at the sharp end in years to come. 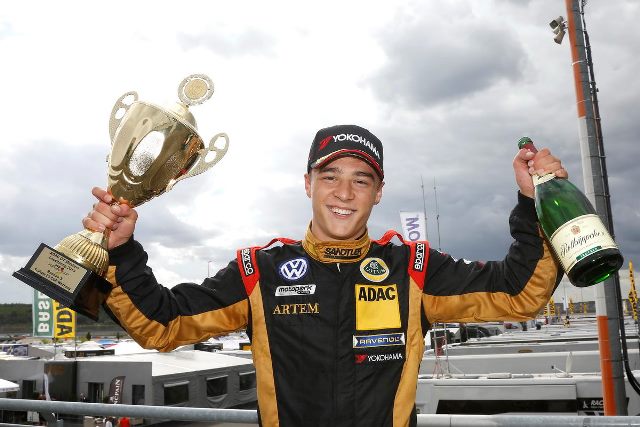 Markelov is a German F3 race-winner, although GP2 is a big step up (Photo: formel3.de/Alexander Trienitz)

It’s also a relief that Evans has secured a seat. He was a candidate for seats at the top three teams from last year (along with Carlin and Racing Engineering) but finances were always going to be a sticking point. Paired with Johnny Cecotto last season, he often had to lead Arden, and that wasn’t an easy job for a 19-year-old rookie but he shone when he had the chance, particularly at Monaco. He’ll be on his own again this year really, but has a strong engineering setup in iSport behind him.

It is a shame that Tom Dillmann will be left on the sidelines by this, with very little budget of his own to get anything anywhere else. But is has to be considered that last year’s scenario – where two good drivers got seats for free – was a rare situation and one we should be grateful for and not one we should expect to be repeated. Ultimately, it is understandable that those pumping money into Russian Time would rather have their own driver in the car and I would rather have that than no money in the team at all.

It’s not all over for Dillmann yet though, with plenty of seats remaining and a lack of well-funded and capable drivers to fill them. Felipe Nasr has been linked with a return with Carlin, but otherwise the door might be open for the remaining seven seats.

Motopark said they left because they would not have been competitive anymore under the plans of the new Russian Time management. If we assume they were going to run Markelov anyway – who will likely contribute to a drop in the team’s position in the standings – I don’t personally think that the replacement of Dillmann with Evans is going to make them uncompetitive. Perhaps the conflict surrounds the GP3 team, but at the moment it doesn’t add up.