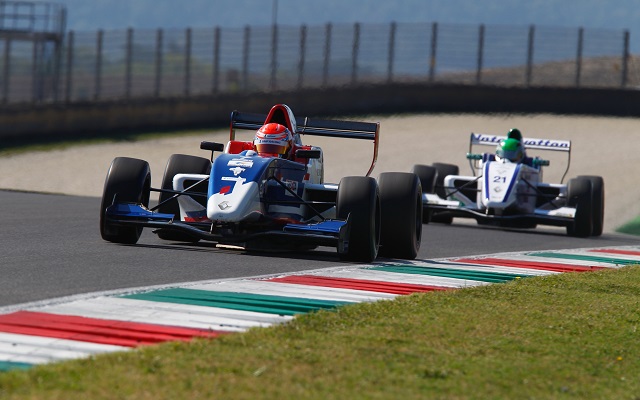 The 15-year-old SMP-backed talent made his single-seater debut in 2013 with a season in the FFSA-run French F4, where he finished fifth after a very noticeable but someone inconsistent campaign.

In the pre-season of 2014, Isaakyan took part in the Toyota Racing Series, finishing ninth in the standings after a solid campaign with ETEC. He extensively tested Formula Renault 2.0 machinery with Spanish team AVF, most notably during the recent runs at Motorland where he topped one of the sessions, but will instead join JD in the Alps series.

“We are very happy to have a driver such as Matevos who, notwithstanding his age, showed good potential in the winter sessions”, said JD’s principal Roberto Cavallari. “I wish to thank SMP Racing in particular for placing their trust in us.”

JD Motorsport has a rich history of success in Formula Renault 2.0, having won the Eurocup teams’ title on seven occasions. They joined Alps for a part-time campaign in 2013 with Juan Branger and Jakub Dalewski, the latter achieving a maiden podium at Spa-Francorchamps.

Meanwhile, SMP Racing backed a four-car team in the 2013 Alps season, which, having been run by Koiranen GP, finished seventh in the teams’ standings. They also sponsored Tech 1’s Egor Orudzhev, who took two podiums in his rookie season on the way to fifth.