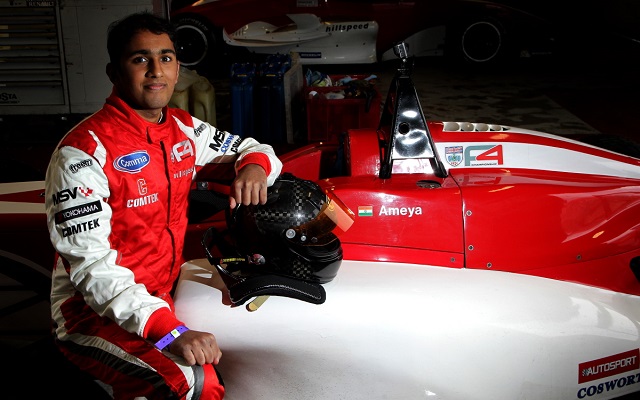 Racing newcomer Ameya Vaidyanathan will compete in the BRDC F4 Championship this year for Hillspeed.

Although the London-based Indian has no prior racing experience, he has been testing regularly on British circuits at the start of 2015, driving for both Hillspeed and the Pyro MSA Formula squad.

?We?re obviously very pleased to work with Ameya and Comtek for his maiden season in racing,” said team boss Richard Ollerenshaw, whose outfit have won three races over the two seasons of BRDC F4 to date.

“The relationship was formed in the autumn of last year and since then we have worked on trying to bring Ameya up-to-speed as much as possible.

?There?s a huge amount for him to learn, especially in a championship as competitive as F4, but he?s improving and starting to show a good understanding of what?s required. After enjoying plenty of time in the car during our winter tests in Spain, and since then at UK tracks, we?re feeling confident Ameya will make good progress during the season.?

Vaidyanathan’s manager Vaughan Davies added: ?Ameya is very much looking forward to his first season of motor racing. After finishing his schooling, he came to us at Comtek and we started testing with Hillspeed at the end of last year. After running in Spain, we have also tested in the UK so Ameya is as well prepared as he can be for his first season.?