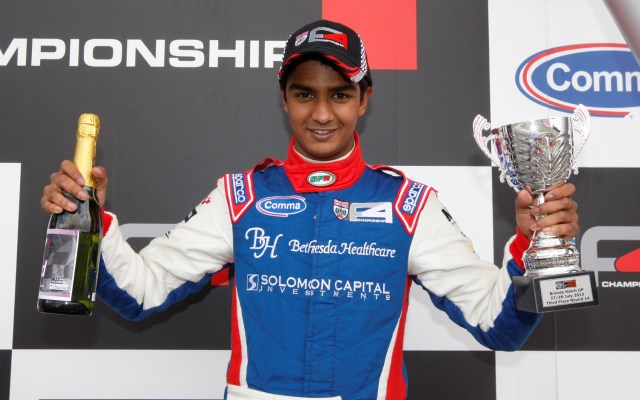 Raoul Hyman has confirmed he will continue in the BRDC F4 Championship for a second year in 2014, remaining with the HHC Motorsport team.

Having finished seventh in the inaugural season in 2013, the South African is planning to fight for the championship title next year.

“I am really looking forward to 2014 and April can?t come fast enough,” he said. “The grid promises to be even bigger and the championship has again attracted a very high quality field so far.

“My first year in cars was a sharp but exciting learning curve especially as I had to learn the circuits as well. I intend to put that knowledge to good use in 2014, and mount a serious challenge for the championship. I am also pleased to return with HHC, besides running a very professional operation, they?re a great group of people.”

HHC took Charlie Robertson to third place in the 2013 standings, and commercial director Charlie Kemp is pleased to have kept Hyman on board for next year.

“It?s fantastic to have Raoul back in the team for 2014,” said Kemp. “He did a very good job in his maiden season in single seaters and showed excellent pace throughout the season. With his experience now and with the pace he?s developed he will definitely be in the title hunt for 2014.”

HHC ran Will Palmer and Sennan Fielding in the Winter Championship in November, and are due to announce two drivers to join Hyman next season.

Hyman is the fourth driver to be confirmed for next year’s BRDC F4 campaign, along with fellow returnee Rahul Raj Mayer and karting graduates George Russell and Charlie Eastwood.