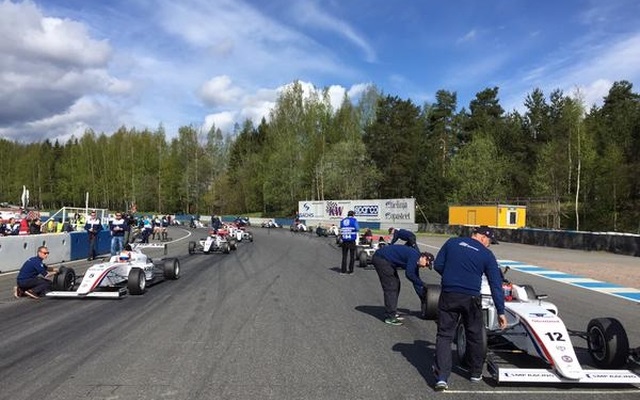 Aleksanteri Huovinen eased to another victory in the second SMP F4 race at Ahvenisto.

Starting from pole, the Finnish driver comfortably kept the lead and took advantage of others battling behind him to escape in the distance.

Yesterday’s runner-up Niko Kari stalling allowed Nerses Isaakyan to take second after the start and the Russian withheld pressure from compatriot Vladimir Atoev throughout the entire race, only to hit the wall in the penultimate lap.

As such, Atoev and? Enaam Ahmed?inherited second and third respectively, while Joel Eriksson recovered to fourth, having started in 12th.

Matus escapes with victory in chaotic reverse-grid race at Pau