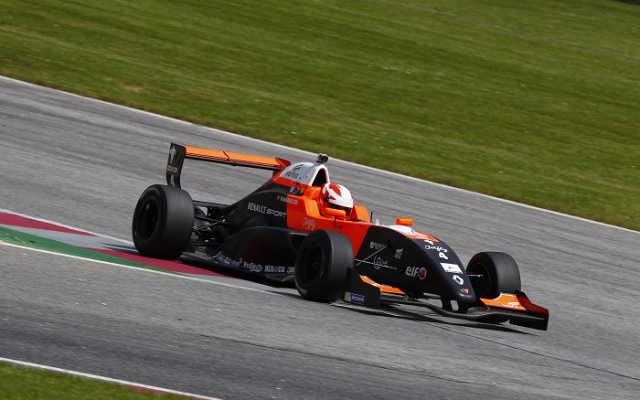 Swiss driver Hugo de Sadeleer will race in the 2015 edition of the Eurocup series.

De Sadeleer, 17, will remain with Tech 1 Racing, having contested the 2014 Alps season with the French team.

He was 16th overall in the Alps championship, securing one top-ten finish – a third place at street circuit Pau. He also took part in one guest round in the Eurocup, finishing 18th and 19th.

Earlier, de Sadeleer raced in the Formula BMW Talent Cup in 2012, finishing in eighth place in the Oschersleben Grand Final.

“2014 was a learning year,? said de Sadeleer. ?I?ll do everything in my power this season to make more progress.”

“My teammates are pretty skilled and that?s going to help me to understand their approach and to apply it afterwards. I?ve never been so motivated!”

Tech 1 Racing won the Eurocup teams’ title in 2010 and 2013, but could only take eight overall last year.

This season, de Sadeleer will be joining Simon Gachet at the French team, with Tech 1 set to field two more cars.

“He?s a highly-motivated youngster who applies the advice we give him,” assured team boss Simon Abadie. “He?s progressing all the time.”