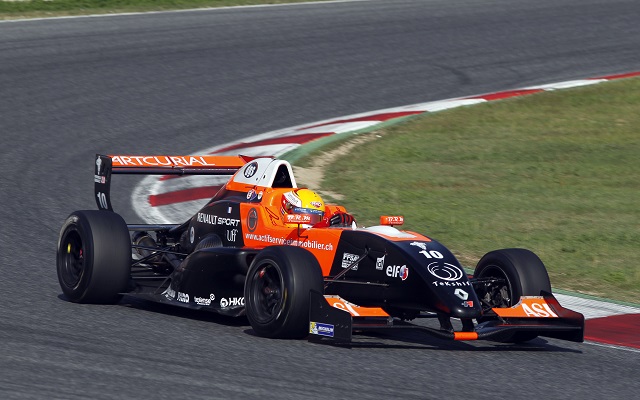 French F4 champion Anthoine Hubert and Russian karting graduate Vasily Romanov will both make their Eurocup Formula Renault 2.0 debuts with Tech 1 Racing in 2014, as the team also retains the top rookie of the championship’s previous year in Egor Orudzhev.

Hubert, 17, was one of 2013’s top single-seater newcomers, as he dominated the highly-rated French F4 championship. The Frenchman took 11 victories in 21 races and sealed the title with four races to spare.

Romanov, 17, will be making his car debut after spending last year in the KF category of the WSK championship. He’s extensively tested with Tech 1 in the post-season and is set to have plenty more mileage ahead of his rookie weekend.

Orudzhev, 18, made a stunning first impression in the Eurocup in 2013 with a stellar rookie season that included a maiden podium and a solid points-scoring streak on his way to seventh in the standings. Prior to that, he made his single-seater debut in French F4, where he finished tenth.

The announcement comes as a bit of a surprise as, while Hubert ran with Tech 1 during the rookie test, he was mostly present with Dutch squad Manor in the private sessions. The confirmation of the full lineup means that karting graduate Max Verstappen, who was hotly-tipped to take a Tech 1 seat in the Eurocup for 2014, will be exploring other possibilities.