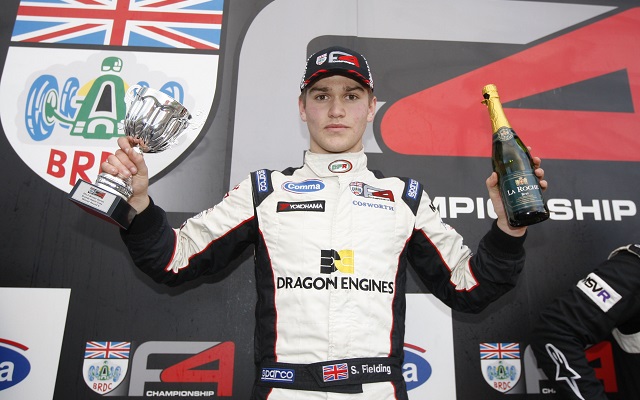 BRDC F4 Winter Series race winner Sennan Fielding will return to the category in 2014, having signed a deal to race with HHC Motorsport.

The 18-year-old Briton made his single-seater debut in 2013 in BRDC F4, contesting the first three rounds with Douglas Motorsport with a best finish of fifth. Having ended his campaign early, he was picked up by HHC for the championship’s two-round Winter Series. He wound up taking a race victory and finishing third in the standings, behind champion Matthew Graham and Jake Cook.

Prior to his entry into single-seaters, Fielding was a successful racer in Ginetta Juniors, finishing runner-up in the category in 2011.

“I’m really looking forward to returning to F4 in 2014 with HHC Motorsport,” said the Chesterfield-born racer. “It’s going to be another tough and competitive season with a very strong grid but I’m hoping to be running from at the front from the start and hopefully carrying over our form from the Winter Championship. I?m aiming for the title in 2014. I wouldn?t be on the grid if I didn?t think I could win it.””

“I’m very confident that we will be challenging for the title next season”, stated team principal Charlie Kemp. “Sennan showed excellent maturity and consistency in the eight races with us in the Winter Championship and his first win at Brands Hatch was hopefully the first of many more to come.”

Fielding becomes the second driver announced for HHC’s 2014 lineup, with Hyman having been confirmed earlier this week.