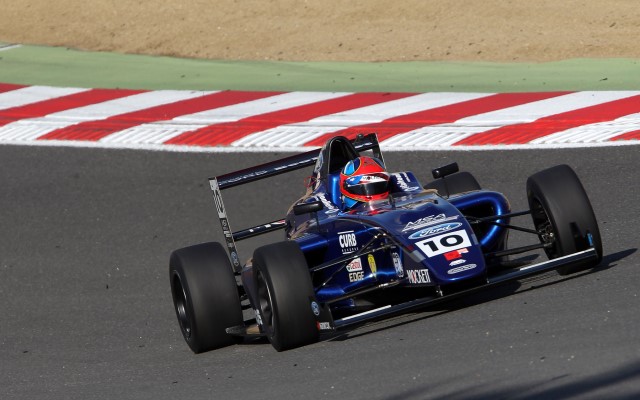 Herta led every lap despite having initially dropped to third off the start behind Enaam Ahmed, but the race two winner went deep at Paddock Hill and allowed Herta to slip back past.

The American then snatched the lead when Norris ran wide at the final corner, narrowly avoiding contact as he swept past.

Herta, who had already secured third place in the final standings, then pulled away on course for his fourth win of the campaign, building a 7.5-second advantage over Norris in 14 laps.

Ahmed held onto third place, having secured the rookie title with his maiden outright win in race two in the absence of the suspended Dan Ticktum.

Ahmed had to fend off Toby Sowery after the MBM driver’s penultimate-lap pass on Sennan Fielding.

James Pull was sixth ahead of Matheus Leist, with both making early passes on a quiet Ricky Collard. Sandy Mitchell and Rafa Martins rounded out the top 10.