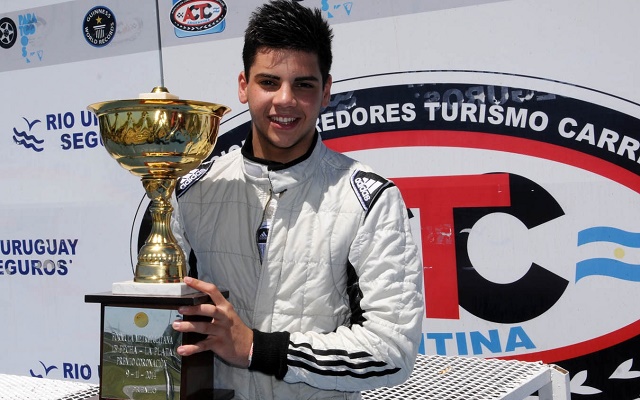 The Argentinian has raced in national single-seater championships since 2011, achieving his best results last year as he took sixth in Formula Metropolitana with two race wins to boot.

He tested the BRDC F4 machine extensively over the post-season in preparation for the move.

“The amount of track time in the Duo BRDC F4 Championship is extremely impressive and, as it is my first year racing in Europe, I need as much track time as possible,” Fallas said. “I have been testing the car and have felt very comfortable, posting some good lap times. The team have made me feel very comfortable and I already feel at home.”

“Hernan tested with us a couple of times last winter and displayed a really good turn of speed,” added team principal Mark Godwin. “He showed an ability to learn the circuits very quickly, even though he hadn’t seen them before, and we have high hopes for him achieving some good results this year.”

MGR have won four races in BRDC F4 since its inception in 2013 – two victories via Jake Dalton, with the team’s Protyre champions Pietro Fittipaldi and Chris Middlehurst adding one each.