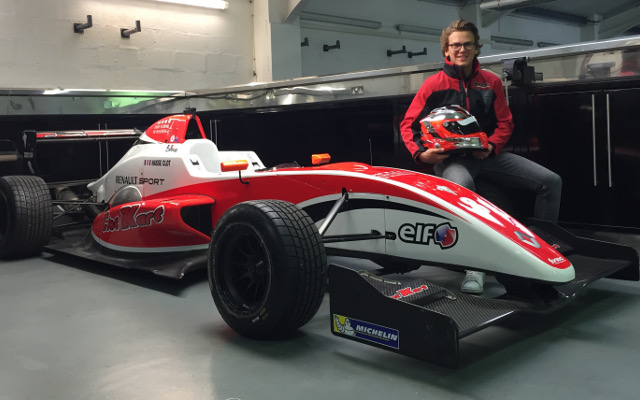 Formula Renault 2.0 racer Valentin Hasse-Clot has joined Fortec for the remainder of the Eurocup season, beginning at Silverstone this weekend.

The British squad will be the third team that the Frenchman has raced for this year.

He began 2015 with Strakka Racing, claiming a podium finish on his category debut in the NEC at Monza, but the outfit shelved its FR2.0 programme soon afterwards.

He then entered the Eurocup rounds at Spa-Francorchamps and the Hungaroring with Manor MP Motorsport, but was unable to finish any of his four races with the Anglo-Dutch operation.

Hasse-Clot is familiar with Fortec from early outings in FR2.0 machinery at the end of 2014 at Le Mans and Jerez, the circuits that will host the final two rounds of the Eurocup season and which he raced at in French F4 campaign last year.

“The short-term target is to regain the confidence I had at the beginning of the season and score some good points as soon as possible, then hopefully be back on a podium before the end of the season,” he told PaddockScout after announcing the switch.

“But I know that Silverstone and Nurburgring will not be easy as I don’t know those tracks.”

Hasse-Clot will drive the #8 Fortec entry that was occupied earlier in the season by Luke Chudleigh.

He will be in good company under the Fortec awning for the team’s home event at Silverstone, as he and regular Eurocup racers Ben Barnicoat, Callan O’Keeffe and Martin Kodric will also be joined by NEC campaigners Ferdinand Habsburg and Jehan Daruvala.

Other wildcard entries for the three races at Silverstone include former BARC series competitors Matteo Ferrer and?Colin Noble with the Cram and MGR teams respectively, while ex-AVF man Matthew Graham turns out for Mark Burdett Motorsport for the first time.

As previously announced, runaway BRDC Formula 4 leader Will Palmer will make his FR2.0 debut for the ART Junior Team.

Hitech name returns to F3 with Sims for Portimao races

Patric Niederhauser to make GP2 debut at Monza for Lazarus