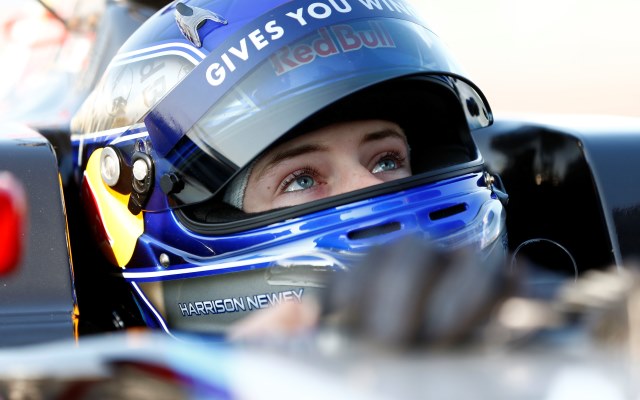 Harrison Newey will make the step up to the FIA Formula 3 European Championship this year with Van Amersfoort Racing, it has been confirmed.

The son of Formula 1 design guru Adrian Newey contested his first full season in single-seaters in 2015 after stepping up from karts.

Newey Jr finished second in the BRDC Formula 4 series behind HHC Motorsport team-mate Will Pamer and also did six rounds of the ADAC championship with VAR, placing 16th in the standings and taking a best result of fifth at Spa.

Over later months he took part in the MRF Challenge in the Middle East and tested with the F3 operation of team boss Frits van Amersfoort.

?I know Frits and the team well now after competing with them in Germany last year and also doing my first tests in an F3 car,” said Newey.

?I am hugely motivated to race in one of the world?s most competitive single-seater series this season.

“I think that with VAR it will be the ideal grounding for me to further my racing ambitions and to acquire all the attributes to gain as much experience as possible with a new car and mostly new tracks.?

?It is great news that Harrison is racing with us in F3 this season,” said Frits van Amersfoort.

“Of course we know him from F4 last season and we enjoyed working with him greatly. He is talented, capable and dedicated; we are thrilled to have him with us.

“He is still a young lad but he shows a very impressive level of dedication to his racing which is a very important ingredient to have.?