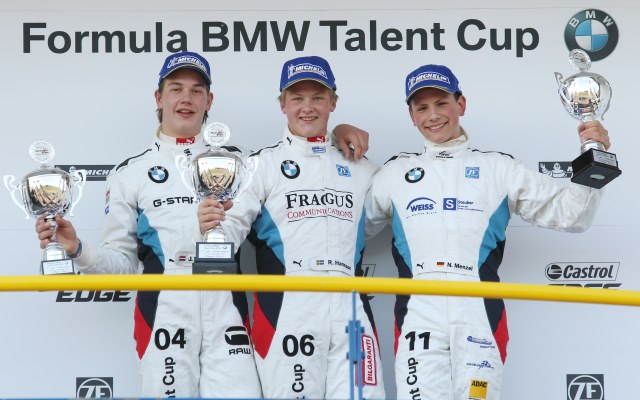 Robin Hansson claimed victory in the first of the three races at the Formula BMW Talent Cup Final at Oschersleben.

The Swede had taken pole position and successfully converted that into a race win to gain first blood in the event, which will be decided the the points accumulated over the weekend’s three races.

Hansson believed that the race gives him confidence for the rest of the weekend.

“It feels great to have won the first of the final races,” he said. “I wasn?t nervous at all and made a very good start to the race. Afterwards I kept those behind me in view and they were very close right until I crossed the finish line. I only really started to push in the last two laps. In the second race, I can definitely gain speed and I am looking forward to it already.”