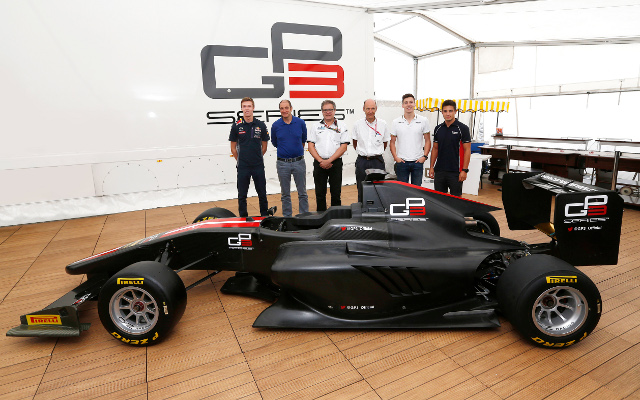 The GP3 Series has revealed the new car it will use from the 2016 season onwards in a launch ceremony ahead of the Monza race weekend.

Unveiled by the most recent three champions of the series – Mitch Evans, Daniil Kvyat and Alex Lynn – the GP3/16 will be the third generation of car the series has seen since it began in 2010.

It features a new bespoke engine, a 3.4-litre V6, normally-aspirated Mecachrome unit producing 400 horsepower, although these are the same specifications as the AER engine in the outgoing car.

The current, second-generation car was introduced in 2013 as an upgrade kit for the original car, but its three-year stint has been overshadowed however by an inherent difficulty for drivers to race closely, something the new car has been designed to overcome with its aerodynamics.

Other key changes include a monocoque designed to help accommodate taller drivers, and front and rear impact structures “designed to match the latest Formula 1 2015 safety standards”.

The GP3/16 has already had five days of on-track development at the Magny-Cours and Barcelona circuits, and it will be delivered to teams early in 2016.

Series chief Bruno Michel said the design of the new car focussed on three key areas, beginning with improving the quality of racing.

“Firstly, we have designed a car that will encourage overtaking thanks to new aerodynamics which will enhance the racing and provide even more entertainment,” said Michel.

“Moreover, we have worked on finding solutions to limit operational costs, again in order to provide an attractive package to our teams.

“Finally, the GP3/16 car matches the latest F1 safety standards which is something we?re always highly focused on.

“We?re convinced that the way we?ve positioned the GP3/16 is the right one for the next three seasons and will continue to attract drivers and teams whose ambition is to reach the pinnacle of motorsport.”

Reigning champion Lynn, twice a race-winner already in his rookie GP2 season, was positive about the car and in particular the approach taken to helping taller drivers.

“It?s up to current Formula 1 aesthetics which is very positive. It looks like a very pretty car and it should be good to watch on track.

“I have to say I thought the last GP3 chassis I was in was the best one so far for being a taller driver. It?s certainly a good thing if we can get the taller drivers lower into the car and accommodate them even better.” 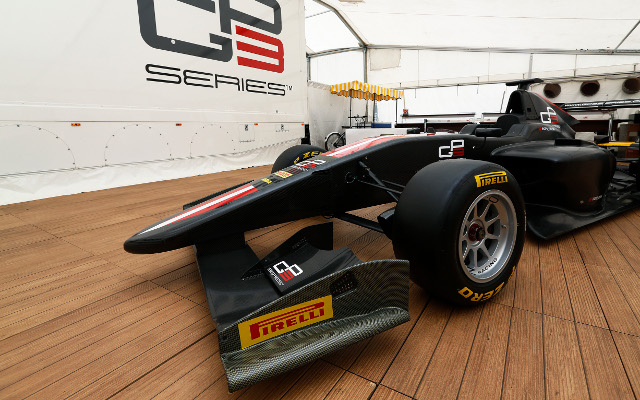