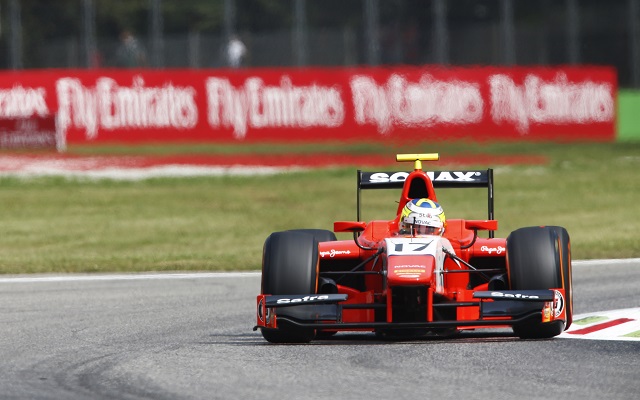 Andre Negrao will stick with Arden for his second season in GP2, it’s been confirmed.

The Brazilian made the switch into GP2 for 2014 after three seasons in Formula Renault 3.5.

After failing to score points in the first seven rounds (one of which he missed due to injury), he then scored in six consecutive races. After a ninth and an eighth at Spa, he twice finished fifth at Monza and then took two sixth-places in Sochi, and ended the year 12th in the standings.

?Last year we achieved our target of scoring points in the second half of the championship,” he said.

“GP2 is an extremely competitive and professional series, I had a very good feeling with the whole Arden team so we decided to continue to grow together for the 2015 season.

“I think that staying with the same group of extraordinary professionals – in particular with such a good relationship as the one we have – will pay off with good results. I really look forward to seeing the team in a few weeks and jumping back into my car in Abu Dhabi.?

Negrao is joined at Arden this season by a new convert from FR3.5, Norman Nato, whose deal with the team was announced last month.

?We are very pleased to retain Andre for the forthcoming season,” said team boss Garry Horner.

“Having worked with him for the last twelve months, he has formed into a very motivated driver, developed a very good relationship with the team and we had made great progress by the end of last season. He is very focused, as are we, to ensure he finishes in the highest possible position at the end of the year with the title within his grasp.?

Parsons returns to FMCS with Meritus