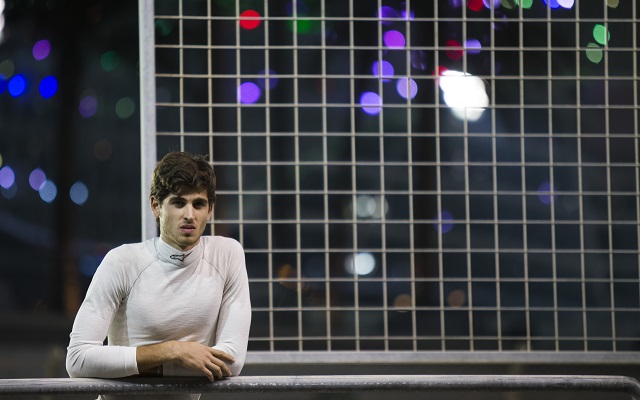 The Italian is the first signing of perennial F3 frontrunners Prema, which will expand into GP2 this year.

He added a second place in British F3 to a relatively quiet rookie year but Giovinazzi became a race winner a year later, which he finished in sixth despite suffering from car issues for several rounds.

He was retained by Carlin for another season in 2015 and finished second with?collecting 20 podiums and six victories. He also won Masters of F3 at Zandvoort and made his DTM debut with Audi.

While he reportedly aimed for a permanent seat in the German touring car championship, he also spent one and a half day in the GP2 post-season testing with Carlin only to end up with Prema and also retaining sponsorship from Jagonya Ayam.

“I am delighted to become a part of Prema, a prestigious team with a huge motorsport culture,” said Giovinazzi. “This is a great opportunity for me, because they always showed that they are the best possible choice for a young driver, and I am determined to take the best out of this chance by working as good as I possibly can.”

“Being able to field a greatly talented driver like Antonio in a difficult and challenging championship like the GP2 Series is of course an enormous satisfaction,” added Team Principal Rene Rosin. “I always admired him for what he accomplished in his so far young career so I am proud to finally see our paths crossing.”

Giovinazzi is the ninth driver and first rookie to enter the 2016 GP2 season.

Evans confirmed to stay in GP2 with Campos alongside Gelael

Joel Eriksson moves up to FIA F3 within Motopark’s ranks