Giovinazzi cruises to win as third Spielberg race is rained off 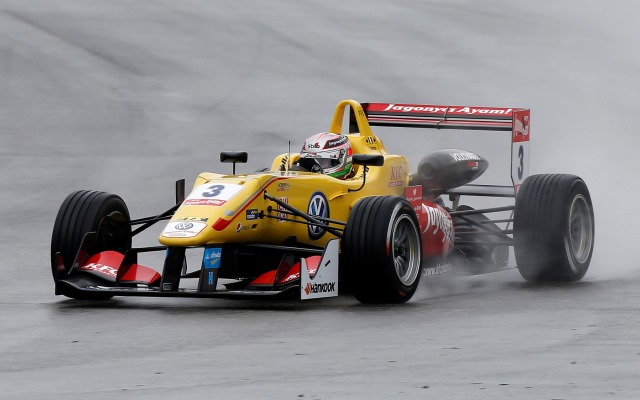 Antonio Giovinazzi extended his FIA F3 European Championship lead after a third race at Spielberg that never really happened, due to heavy rain.

The race was initially postponed by 100 minutes, and although there was on-track running in other categories during that break, conditions had worsened again by the time the F3 race was underway behind the safety car.

The red flags were shown on the fourth lap, and although the race was restarted with five minutes left on the clock, it lasted for just another lap-and-a-half before being stopped for good.

Half points were awarded, with polesitter Giovinazzi taking his fifth win of the year ahead of nearest rival Felix Rosenqvist.

Sergio Sette Camara was rewarded for a fine qualifying performance with his second podium finish of the campaign in third.

Giovinazzi leads Rosenqvist by 20.5 points with three weekends remaining, with Leclerc 29 adrift of the Italian.