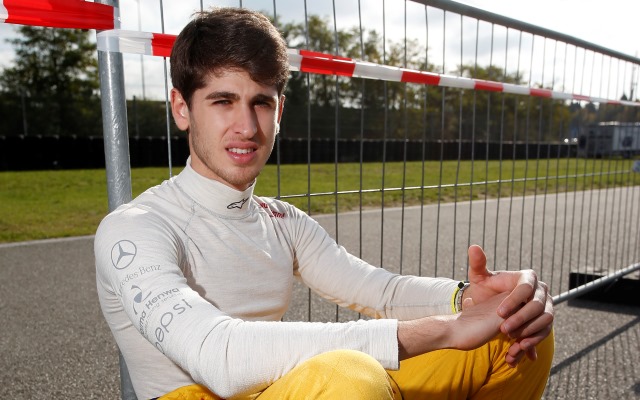 Antonio Giovinazzi has confirmed that he will race for Carlin in the FIA F3 European Championship next year.

The 2012 Formula Pilota China champion in his maiden season of car racing, the Italian driver raced for Double R Racing this season in F3. He was runner-up and a two-time race-winner in the four-round British series and finished 17th in the FIA championship, claiming a best result of sixth in the final race of the year.

He will now join top team Carlin together with Sean Gelael, who has been his team-mate since karting under the ‘Sean GP’ management structure with backing from KFC Indonesia.

“I am excited about this debut with my new team,” said 20-year-old Giovinazzi, who has been testing with Carlin in Valencia this week.

“I expect a great working with new engineers, with whom I have already established a good feeling. This is the beginning of a new adventure, which sees me as of now committed to do well in European Formula 3 next year.

“I can only be grateful to Sean GP, which continues to have confidence in my ability and I want to repay that with the greatest motivation, to achieve the best possible results.”