Ghiotto teams up with Trident for full GP3 season 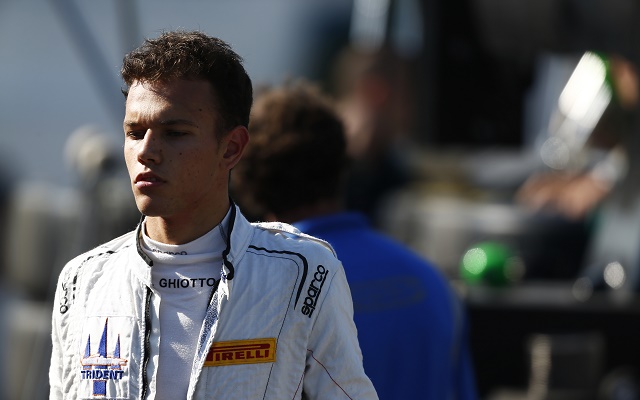 Italian racer Luca Ghiotto will join the GP3 championship in 2015, having signed on with compatriots at Trident.

Ghiotto, 19, famously took pole as Trident’s guest driver on his debut during last season’s GP3 round at Spa-Francorchamps as he prevailed in wet conditions.

He didn’t end up scoring any other points during his two contested rounds, but went on to star in GP3 post-season testing at Abu Dhabi, topping two of the six sessions.

“The reaching of this agreement with Trident makes me very happy,” admitted Ghiotto. “My objective for 2015 is to leave a mark in the GP3 category and I am convinced that, starting right away on the preparation of the next season, we will be able to frequently hear the Italian national anthem on the podium.”

2014 saw Ghiotto contest a rookie season in Formula Renault 3.5 – he recorded a fourth place in his first round at Monza, but was only in the points two more times over the rest of the campaign, finishing 17th in the standings.

Prior to that, Ghiotto was runner-up in Formula Abarth and in Formula Renault Alps, as well as a race-winner in his first year in the Eurocup series.

“?I am very happy to have Luca Ghiotto in Trident for the next season with whom we have already demonstrated to be able to obtain great results,” stated team boss Maurizio Salvadori. “Luca?s determination and speed are fundamental characteristics in order to perform well in GP3.”

“In addition to this, the driver and the entire team have established a strong and productive relationship based on trust and the desire to grow together, so I am sure that success will be reached very soon.”

Ghiotto’s pole was the high point of Trident’s 2014 season in GP3, as the team finished ninth and last in the teams’ standings. Their only points finish came courtesy of South African Roman de Beer, who was fourth at Spielberg.

The Italian is the second known GP3 driver of 2015, with Alfonso Celis having announced his ART deal earlier this afternoon.