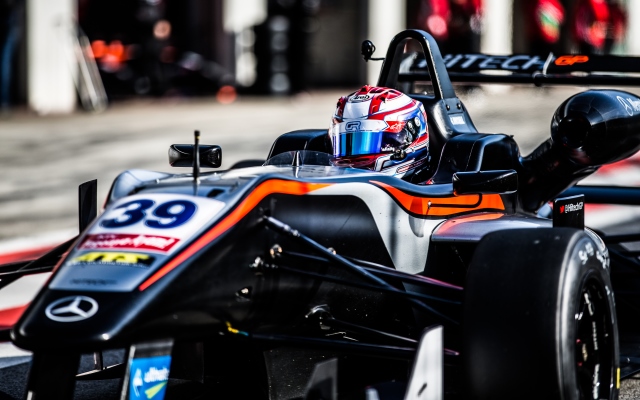 George Russell will race for the new Hitech GP team in his second season in the FIA Formula 3 European Championship next year.

The Briton, who turns 18 in February, makes the switch from Carlin after finishing sixth in the 2015 season, with a sole victory on his debut weekend at Silverstone.

He has since been testing extensively with Hitech, which made its bow in the series towards the end of this year with veteran Alexander Sims.

Russell’s maiden F3 year was his second in cars, after winning the BRDC Formula 4 title alongside a Formula Renault 2.0 programme in 2014.

?After testing with Hitech at the end of the F3 season, it was obvious to me how professional they were and how motivated they are to win?, said Russell.

?By being let down at the last minute for Macau, it made any decision in joining Hitech an easy choice.

“The team showed [when it raced] in Hockenheim it can be immediately competitive. I am really looking forward to the season.?

“Since George sat in our car post-Hockenheim, I have made no secret of the fact we would love to have him with us next season,” said team manager Hayle.

“In the testing to date he has impressed us with his maturity and professionalism and, hopefully, with some good steps forward over the winter we can fight at the sharp end in 2016.”

Team owner Oakes added: ?I am happy George has placed his faith in us, his results over the last few years have underlined his talent.

?We know for a new team to come into a championship as competitive as FIA F3 and challenge at the front will not be easy.

“Hockenheim in October was a good debut for Hitech GP, now we need to build on that from the get-go next season.?

Russell seems likely to be joined in what will be a three-car Hitech line-up by Russian teenager Nikita Mazepin, a protege of Oakes.