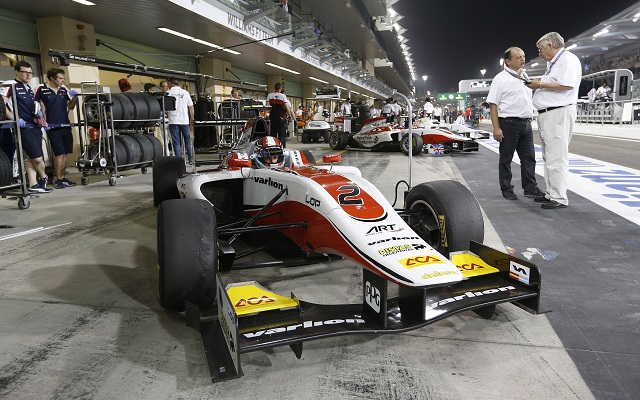 Eurocup Formula Renault 2.0 champion Pierre Gasly will do a day of testing in the GP3 post-season test with teams’ champions ART Grand Prix.

Gasly, 17, has made his single-seater debut in 2011, taking third in his rookie year in French F4. In 2012, he moved to the Eurocup with R-Ace GP (now known as the ART Junior Team) and took tenth in the standings.

Having won the Eurocup title with Tech 1 in 2013, he is looking to move up to Formula Renault 3.5 next year. As such, Pierre will only do the first day of the test.

German F3 race winner Gustavo Menezes has also announced his presence in the GP3 test. The American, who took fourth the aforementioned series’ standings behind the Motopark trio, will be testing with Status Grand Prix.