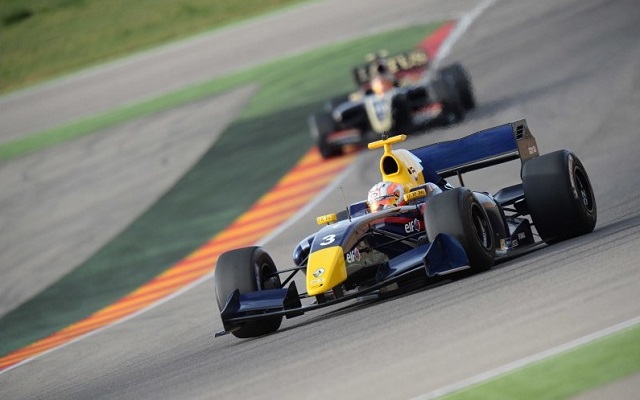 Eurocup Formula Renault 2.0 champion Pierre Gasly will be joining the Red Bull Junior Team in 2014, according to a confirmation issued by the driver on Twitter.

The young Frenchman has been on Red Bull’s radar since 2012, as they closely observed him during his first year in the Eurocup, but ultimately opted against signing him. He finally sealed the deal following his 2013 title success and is one of the several expected newcomers to the junior programme that looks set to severely change up its ranks.

Having raced single-seaters since 2011, Gasly had a solid debut year in French F4 where he finished third. Moving up the ladder to the Eurocup with R-Ace GP (currently known as the ART Junior Team), he took tenth in his rookie year, amassing two podiums along the way.

Gasly figured as one of the chief pre-season favorites for the 2013 Eurocup season and ultimately prevailed in a season-long battle against main rival Oliver Rowland. He’s tested GP3 and FR3.5 post-season and will be joining the latter field as part of Arden Caterham, as reported by ItaliaRacing and L’Equipe and later confirmed by the man himself.

The Frenchman is RBJT’s first acquisition since the firings of their ADAC Formel Masters duo Beitske Visser and Callan O’Keeffe. Norwegian talent Dennis Olsen is the most high-profile driver rumoured to be closing in on a spot in the programme.