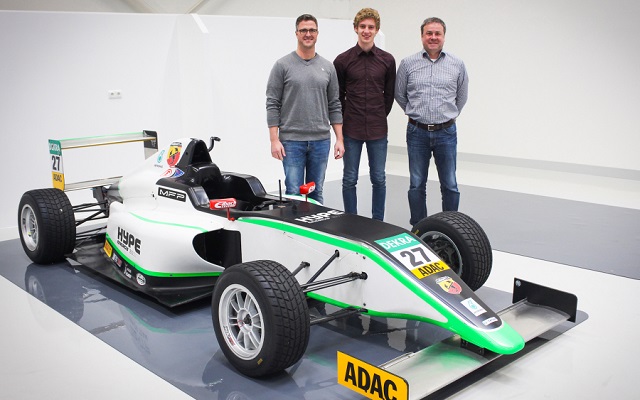 Louis Gachot has signed up with HTP Junior Team to enter the 2016 ADAC F4 championship.

The 16-year-old scored points on his debut weekend and became a podium finisher later on to end up?14th in the standings.

He will join the ranks of HTP Junior Team, which is run by Gerhard Unger and Ralf Schumacher,?and led Marvin Dienst to the first-ever ADAC F4 title.

Schumacher, a recent arrival at the team in a co-management role, said:?”I used to race with Louis’ father and I am happy now to have Louis in our team.

“I think he has great chances to reap good results in the coming season.”

Gachot added: “French F4 was the optimal entry into formula racing for me.

“I think I gained a lot of experience with this series and now I feel very well prepared for ADAC F4 and am looking forward to joining the championship with Ralf and Gerhard.

“I think the team is the best decision for me.?Through testing I was able to spend a few days with them.

“I have the best possible conditions to develop myself as a driver and achieve good results in the ADAC F4 season next year.”

Vaxiviere to drive for new Spirit of Race F3.5V8 team alongside Atoev