From Cyprus via a talent contest: Tio Ellinas

Having been chosen as the winner of the Grand Prix Shootout competition at the start of 2010, Tio Ellinas has since impressed in both Formula Ford and now Formula Renault…

Tio competed in karting in Cyprus for ten years, winning eight national titles and one ROK Cup International title. In late 2009 he heard about the inaugural Grand Prix Shootout competition, and travelled to the United Kingdom to take part. He won the competition up against 50 other young drivers, with renowned driving coach Rob Wilson, who said that Tio was the best driver he had seen “for a very long time”.

In 2010 Tio raced in the Formula Ford Championship of Great Britain for the JTR team. After scoring a double win at Rockingham and a further victory in the last race of the year at Brands Hatch, he finished fourth in the final standings, which was the highest placing for a car racing rookie in the series since Jenson Button in 1998. He also started the Formula Ford Festival from pole position, finishing the race in third. 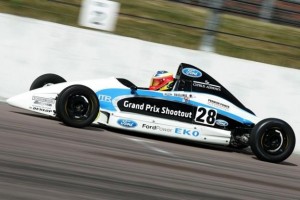 Tio has moved on to Formula Renault UK in 2011, and won his first race at the fourth round of the season at Donington. He won again at Snetterton last weekend, and lies second in the standings having scored eight other podium finishes from 12 starts. He made a guest apperance in the Formula Renault North European Cup at Oschersleben in Germany, winning the first of the two races from pole position up against the top drivers from the Eurocup.

According to the Grand Prix Shootout organisers, Tio was offered a Formula 1 test at the end of 2009 by a winning team who had heard from Rob Wilson how good he was. They were unaware that he had not yet raced in cars. They also had to turn down a free drive in GP3 for 2011, saying there ‘is a good reason’ why he is racing in Formula Renault instead.

Talent rating: The praise from Rob Wilson, who has worked with some of the best drivers in the world, is proof that Tio is highly talented. He impressed in Formula Ford last year as a rookie, and is again doing a top job for a newcomer in Formula Renault this year. It remains to be seen whether he can repeat this further up the ladder. 8/10

Chances of getting to F1: Tio is reportedly already attracting interest from F1 teams, and GPS expect him to be taken on by one later in the year. He needs to do a good job in the higher categories, but his record so far suggests he could certainly do that. 8/10 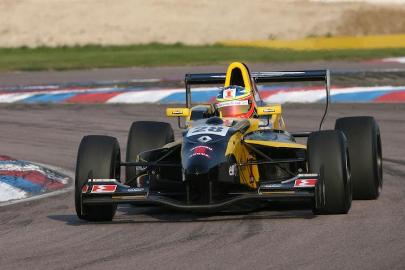