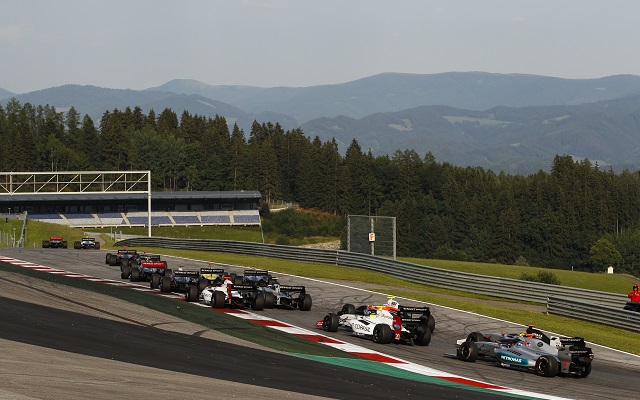 The full organisation of the Formula Renault 3.5 Series will be handed over from Renault Sport Technologies to current joint-promoter RPM Racing for 2016, it has been confirmed.

Renault informed teams in July that it had chosen to withdraw its involvement in the category from next season, in a changing landscape at the top of the junior single-seater ladder as the FIA ramps up efforts to introduce Formula 2.

It was confirmed in a statement on Friday on the eve of the Silverstone event that Spanish company RPM – which created the series prior to Renault’s arrival in 2005 – would take back “the property, the responsibility, the management, the promotion and the organisation of this category, whose idea, design and structure was created by RPM back in 2002.”

The announcement said this arrangement will initially be for a three-year period from 2016.

RPM CEO Jaime Alguersuari thanked Renault for its involvement and said he was looking forward to reclaiming control of the series.

He said a new name for FR3.5 would be revealed in the coming months.

?The decision of Renault Sport Technologies from stop acting as an organiser of the Formula Renault 3.5 Series has been one of the biggest challenges in the history of my company,” said Alguersuari Sr.

?I assume and respect the decision of Renault, and at the same time, I would like to thank the French company for their permanent confidence in RPM. It?s also time extend my deepest gratitude to the men and women of Renault Sport Technologies for their involvement throughout these years.

?I have to admit that this month of August has been a very special one for me. 18 years past since we created the Formula Nissan 2.0 and after being involved hand to hand in the creation of FR3.5, to regain the responsibility of continuing with the single-seater championship, powered by more than 500 HP, that has carried more drivers to F1 over the last 11 years, is not only a big responsibility, but also a big privilege.

?I want to announce today that the philosophy of this new single-seater championship, starting from 2016 will be the same I have unveiled since 1998 when we created the Formula Nissan, the WSbN 3.0 or the Formula Renault 3.5: more affordable, more epic and faster.

?I?m firmly convinced that the new championship, whose name will be unveiled in the following months, will be, again, a leading single-seater series in motorsports.?

An announcement from Renault is expected on Saturday about the future of other championships on the World Series by Renault package.

It was confirmed by Renault Sport Technologies earlier this week that the three Formula Renault 2.0 championships – Eurocup, NEC and Alps – would continue next season.